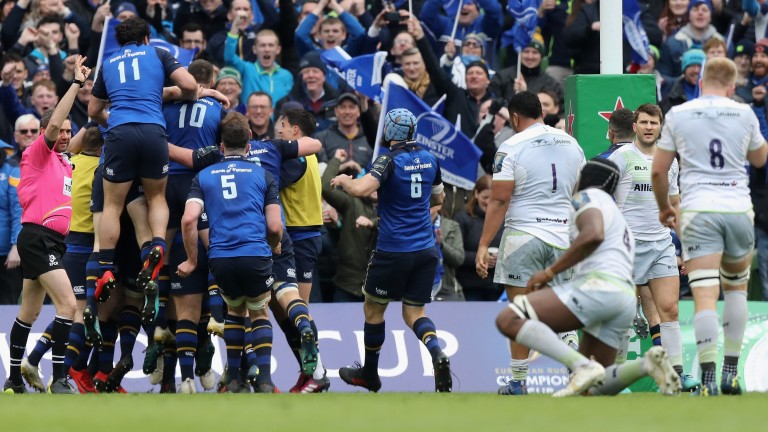 It's more than ten years since Wasps ruled European rugby and in the intervening decade Leinster have lifted the trophy four times. So there is little doubt where the balance of power lies, and a 17-point handicap in Friday's opening Pool One clash underlines it.

Leinster were too good for England's best last year - they beat Premiership top two Exeter and Saracens on their way to the title - and although Wasps can justifiably claim to be next best in the pecking order, that still leaves a gulf.

The overall head-to-head between Irish and English clubs in last season's tournament stood at eight victories out of nine for Leinster, Munster and Ulster against their Premiership rivals, and the dominance carried over into the Six Nations.

This season Leinster have begun in trademark style, bringing their star names slowly into the picture, and they were simply too strong in defence for Munster last weekend, when they recorded a 30-22 victory despite being under big pressure in terms of territory and possession.

They will need to be defensively sharp against a Wasps team who boast great cutting edge, but the forecast rain may prevent this turning into a high-scoring thriller.

Wasps have scored 20 tries and shipped the same number in their six matches this season and Leinster have been so lethal in their finishing that they can make the best of what comes their way. It should be a comfortable home victory although the conditions may limit the scoring.