Clinical Charlie could be crucial for Cumbrians 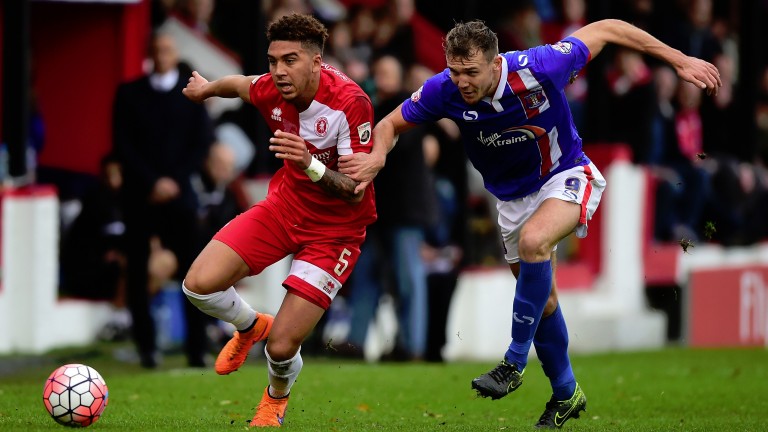 Matty Taylor of promoted Bristol Rovers stormed to the Golden Boot in his first campaign in the Sky Bet Football League last season and another newcomer is flying high this term.

Grimsby’s Omar Bogle was outscored by his teammate Padraig Amond in last season’s National League but Amond’s move to Hartlepool seems to have spurred on Bogle.

The 24-year-old has scored 16 goals in 18 starts in the league, putting him level with Barnet’s John Akinde (another non-league graduate) at the top of the scoring chart. Bogle’s success has not gone unnoticed, however, and Championship clubs Wigan and Nottingham Forest have been linked with the in-form striker.

Akinde is also refusing to rule out a January move away from Barnet after the surprise departure of Martin Allen so neither front-runner appeals as a solid bet at short prices.

Some bookmakers still offer three places in their each-way terms and a couple of small punts are advised. Charlie Wyke of Carlisle has scored ten league goals (and 14 in all competitions) this season, helping him to nail down a place up front for the title contenders.

The Cumbrians have plenty of creative quality in their squad so Wyke should continue to get goalscoring chances, especially at Brunton Park where he has struck six times in his last three league appearances.

He had an injury-disrupted 2015-16 campaign yet still ended up with 15 goals in 33 starts in all competitions and he should continue to find the net regularly as Carlisle aim to maintain their promotion charge.

James Collins was on loan at champions Northampton for the second half of last season, scoring eight goals in 16 starts, and he has led the line well for Crawley this term.

Collins has 11 League Two goals for the Sussex side, including three in his last two games, and he has averaged a goal every two-and-a-half starts since the beginning of 2014-15.

The 26-year-old was banned from all British racecourses after a high-profile incident at the Cheltenham Festival in March but he looks a lively runner each-way to keep the goals flowing after Christmas.