Cleverly in the spotlight but Tank is the one to watch 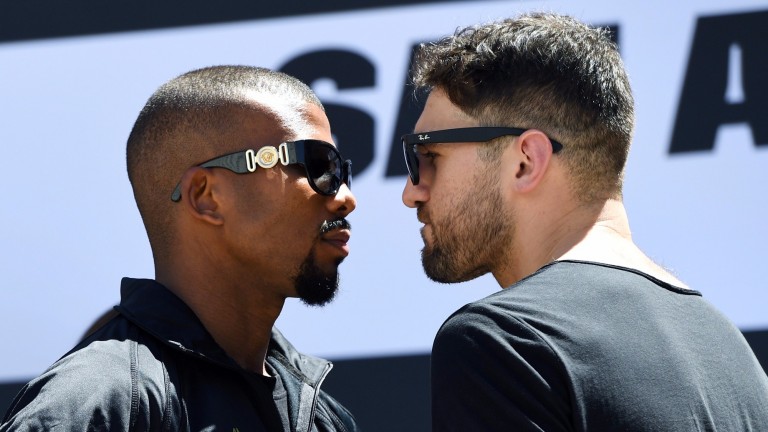 Viewers who are looking for some action as they attempt to stay awake until the main event may be best advised to watch Game Of Thrones rather than an uninspiring undercard, although Welshman Nathan Cleverly’s WBA light-heavyweight title clash with Badou Jack may be of some interest.

Cleverly, a 7-2 underdog, has not looked the same fighter since a heavy defeat to Sergey Kovalev in 2013 and has lost three of his last seven. He looked to be heading for another defeat in his last fight with Jurgen Brahmer before the German was forced to retire with an injury.

Jack is moving up from super-middleweight, where he beat George Groves and drew with James DeGale, and looks a decent bet for a points win over Clev.

Floyd Mayweather’s favourite member of his TMT stable, Gervonta ‘Tank’ Davis, is also in action and the knockout specialist, with 17 KOs from 18 fights, should demolish overmatched opponent Francisco Fonseca in quick time.

Davis is just 1-33 for victory but may be worth backing at 7-5 to win in the first three rounds.

Recommendations
B Jack on points
1pt 4-5 Coral, Ladbrokes
G Davis to win in rounds one to three
1pt 7-5 Betfair