Clermont boast the power to prevail

French outfit have a bid edge in the forwards 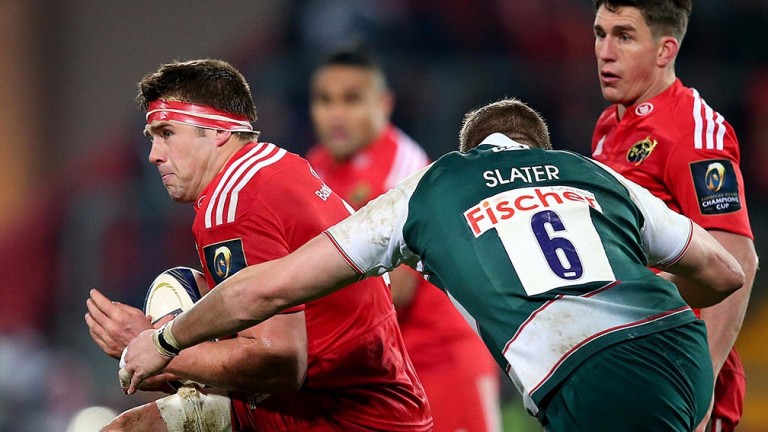 Ulster v Clermont
Sky Sports 2, 1pm
Clermont are the only side with maximum points after two rounds and they signalled their intent to put last season’s poor away form behind them with a five-try blitz at Exeter in their opening match.

In the last five seasons the French outfit have won at Munster and Leinster and gained losing bonus points at Saracens, Leicester and today’s opponents Ulster.

Victory at Cardiff last Friday snapped a run of just one win in five but Ulster have struggled to get points on the board, with tallies of 19, nine, 19 and 14 in their last four outings at the Kingspan.

They may be missing the ball-carrying power of Nick Williams, and while both teams boast plenty of flair in their backlines, Clermont look to have a big edge up front, and Ulster may struggle to win enough ball to feed their exciting backs.

Conditions are forecast to be perfect for running rugby and Clermont should have too much.

Munster v Leicester
BT Sport 2, 3.15pm
There’s no doubt this is the game of the day and Munster are big favourites to gain revenge for all the hurt the Tigers have inflicted on them over the years.

Very few teams have won a European tie at Thomond Park but Leicester have done it twice and no-one in Limerick has forgotten how Leicester overcame the Munster men in the 2002 final.

Munster’s European campaign began shrouded in tragedy after the death of coach Anthony Foley. The team have played on a lot of emotion since then and those feelings are sure to surface for this landmark clash.

Both teams are on a run of five wins but Leicester still seem short of a convincing 80-minute performance. They struggled to build on a 13-11 half-time lead at home to Northampton last week despite long spells of pressure, coming out 19-11 winners, while the previous week they let bottom side Bristol back in after taking a 21-6 lead, triumphing 21-16.

Lapses of focus and accuracy have been an age-old problem for Leicester and against a team as fired-up as Munster in front of their home fans that should be a huge concern.

Leicester have been caught between two gameplans but it’s unlikely we’ll see them trying to be expansive and force the pace. The traditional Tigers strengths of set-piece and defence will be much more appropriate to their needs today and we could be in for a slow-burner as the visitors set out to quieten the crowd. But Munster should pull away by the end and can cover a four-point second-half handicap. 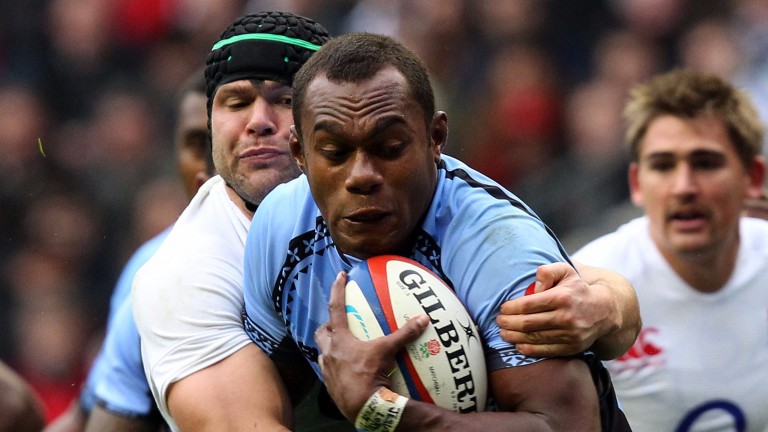 Racing's Fijian lock Leone Nakawara is a threatening ball-carrier
Jan Kruger
Racing 92 v Glasgow
BT Sport 3, 3.15pm
Racing 92 have had a frustrating start to their European campaign as their opening game was postponed and they came back from Leicester with nothing in their second.

The star-studded Paris outfit haven’t looked the sum of their expensive parts and are in the bottom half of the Top 14. But although a 15-point handicap looks big, the teams met in last year’s pool stage too and Racing ran out easy 34-10 winners.

Fijian lock Leone Nakarawa scored in that fixture but he was lining up for Glasgow that day and wears Racing colours now.

He scored for the Paris side in last week’s draw at La Rochelle and also crossed for Fiji against England at Twickenham, and is worth backing to go in again.

Saracens v Sale
Sky Sports 2, 5.30pm
European clashes between teams from the same league can often lack intensity and that looks to be the case when winless Sale head to reigning champions Sarries.

A 25-point handicap might raise an eyebrow but Saracens were dominant in their Premiership victory at the AJ Bell Stadium last month and have some of their England stars back.

Number eight Billy Vunipola is an injury absentee but Schalk Burger is no mean replacement and Maro Itoje starts for the first time after a layoff.

Sale have scored only 16 points in their two European outings and managed just three in defeat at home to Exeter last week, and director of rugby Steve Diamond was frank in admitting they are simply not performing as a team.

“We need to get some confidence back into the players and the squad. We will use the game on Saturday to do just that, he said, but that looks a forlorn task against a team as clinical as Saracens.

The hosts will look to score some tries and hooker Jamie George looks a decent price at 3-1 to cross. He has four tries to his name this season and is a regular ball-carrier.

Zebre v Toulouse
BT Sport 2, 7.45pm
Toulouse should finally get a win on board as they take on Zebre in Italy today, but they have a lot of ground to make up on pool rivals Connacht and Wasps.

Zebre have shipped an astonishing 20 tries in their European matches, and although Toulouse haven’t always been fluent, they ran in five tries in last week’s win over Brive and should relish this opportunity.

Centre Gael Fickou bagged a brace in that game and in a game and looks value at odds-against to contribute again.