Brit should be too strong 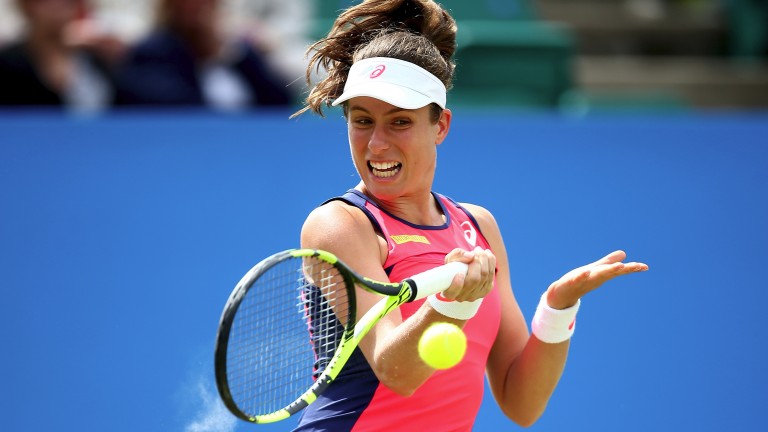 Johanna Konta powered past Ashleigh Barty in the quarter-finals of the WTA Aegon Open and the Brit should seal a place in the Nottingham final with a victory over Magdalena Rybarikova.

The Slovakian player has been in top form on the British grass, beating Heather Watson in the final of last week’s Surbiton Challenger and going through the entire tournament without dropping a set.

She is a talented performer when free on the injury problems that have dogged her in recent times but beating Konta could prove to be a step too far for the 28-year-old.

The number one seed has progressed serenly to the last four in Nottingham, scoring straight-sets victories over Yanina Wickmayer and rising Aussie star Barty. While she struggled to make an impact on the clay, Konta is a much better mover on the more familiar surface and she looks to be brimming with confidence in front of the home crowd.

Rybarikova passed her biggest test when she defeated grass-court specialist Alison Riske in the second round but the world number eight could prove to be a tougher proposition and it’s worth backing the Briton to end her opponent's winning run.

If Konta beats Rybarikova, she will face either Lucie Safarova or Racing Post Sport ante-post tip Donna Vekic, who face off in the other semi-final.

Juan Martin del Potro and Dan Evans, who were due to contest the Aegon Championship which starts at Queen’s Club on Monday, have withdrawn due to injuries.