Clash of titans looks set to go the distance

Nerves may be an issue in blockbuster final 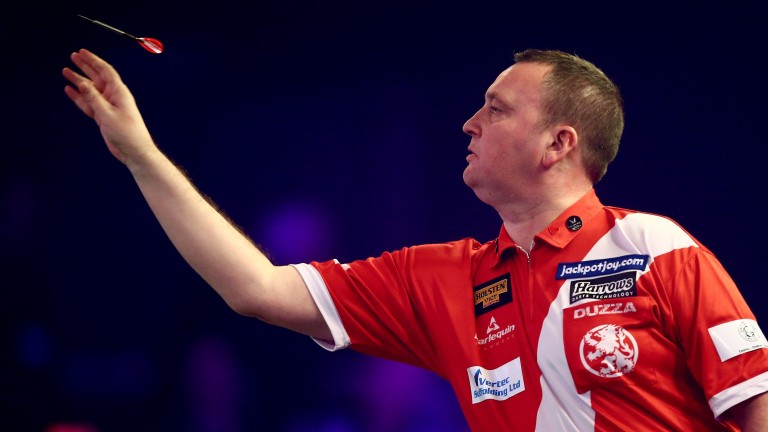 It's the final that the BDO bigwigs must have been dreaming about.

The two best players in the organisation. The pre-tournament first and second favourites. The two players with the highest average for the tournament so far. And a first-time champion waiting to be crowned. What's more, it's possible that it could go right down to the wire.

Danny Noppert, who burst on to the scene in November's Grand Slam of Darts when he averaged 100 against Gary Anderson, is the slight outsider, best priced at 5-4 to take the trophy back to Holland.

Noppie has dumped out defending champion Scott Waites and come through a tough test against the resurgent stalwart Daryl Fitton this week and the consistent 26-year-old has yet to trail in any game.

His opponent is number one seed and the best player in the BDO since the defection of Stephen Bunting to the PDC, Glen Durrant. He wins tournaments on this side of the divide with alarming regularity, but has always come up short in the one that matters most.

KO'd by Alan Norris in 2014 and agonisingly edged out in a cracking semi-final by Martin Adams in 2015, it was last year that must still haunt Duzza.

He was 4-2 up in sets and 2-0 up in legs against eventual champion Scott Waites, Durrant got finishing-line nerves and somehow conspired to lose from that position.

He's also survived match darts against him this year.

Paul Hogan not only had him on the ropes in the second round, but had him backstage packing his bag for a long journey back up north.

Amazingly, sitting on double eight for the match with three darts in his hand for the win Hogan slid into the double 16 bed. Durrant grabbed his reprieve and staged a comeback which must have exorcised some of those Lakeside demons.

However, for all his undoubted talent, there is the nagging feeling the man from Middlesborough wants to win this almost too much.

Add in to the mix the fact that he's strongly rumoured to be joining the PDC ranks once Lakeside locks the doors for another year. It could be that nerves defeat the 8-11 favourite.

Unless he's a few sets clear, which looks unlikely, the match-winning double will look minuscule through the eyes of the Teesside thrower.

The two have yet to meet in any meaningful match so we can anticipate a nervy, edgy affair.

Expect it to be especially tense in the sets that really matter, with the biggest question mark over each player being how well can they perform under pressure. For that reason, the best way to approach the final is to expect it to last for the duration.

Bookmakers have clearly recognised the potential for a drawn-out classic and have set the bar high. A line of 11.5 means that the only score on the overs punter's side is 7-5 and 7-6 either way. That might sound prohibitive, but 5-4 about that eventuality is more than fair.

Since the BDO switched to a best-of-13 final in 2006 a bet on over 11.5 sets would have copped in eight of the 11 years and this match looks as close as any final in recent history.

With the likelihood of a long match it's also prudent to check the 180s line as well. However, both players have averaged less than one a set this tournament (Noppert 0.8 a set and Durrant 0.76 a set) and a quote of 20.5 is somewhat reluctantly passed over.