Clarets lack a goal threat on the road 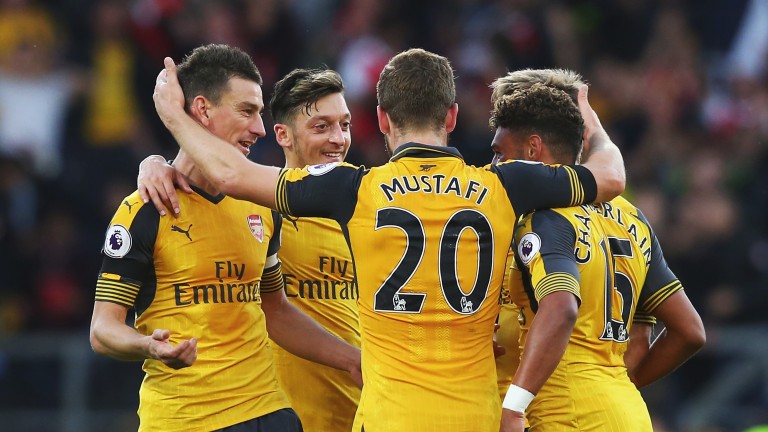 Burnley climbed into the top half of the Premier League after beating Sunderland last weekend but all eight of their wins have come at Turf Moor and their dreadful run of away results is set to continue at the Emirates.

It is incredible that the Clarets are in such a comfortable position despite taking only one point from a possible 27 on their travels.
But there is no room for complacency because only seven of their remaining 17 games are at home, including tough matches against Chelsea, Tottenham and Manchester United.

The Clarets’ elusive first away win is highly unlikely to come at Arsenal, where they are 16-1 outsiders.

The Gunners’ title chances are not being talked about much but they are a point better off than they were at the same stage of last season when they were top, one point above Leicester.

Chelsea have raised the bar and are on course to exceed Leicester’s final tally of 81 points but the challenge for Arsenal is to make sure the current eight-point gap between themselves and the Blues is not increased before they visit Stamford Bridge in early February. That means making sure they take care of business at home to Burnley and Watford.

Arsene Wenger has no need to tinker with his selection and will probably make just one change to the side who swept to a 4-0 success at Swansea last weekend with right-back Hector Bellerin set to return from injury.

Bellerin, one of the league’s best attacking full-backs, will give Arsenal more impetus going forward and help them use the full width of the pitch against a Burnley side who will try to be as compact as possible.

Burnley are used to having a smaller share of possession and their approach is less of a hindrance at an often windswept Turf Moor where conditions don’t suit free-flowing passing football.

At other venues it is easier to play in an expansive fashion and Arsenal trust their tactics at the Emirates where the immaculate playing surface is in their favour.

The Gunners have not lost a home league game since a 4-3 reverse against Liverpool on the opening day of the season but are just 2-9 to win and 8-11 to be leading at half-time and full-time.

Those prices are hard to get excited about but Arsenal to win to nil looks an attractive wager at 10-11.

Burnley have scored just three goals in 11 away games this season and couldn’t even get on the scoresheet in a 1-0 EFL Cup loss at Sky Bet League Two side Accrington Stanley, a tie that went to extra-time.
They are likely to have few sights of Petr Cech’s goal and may end up settling for damage limitation, ensuring confidence remains largely intact.

Burnley
Dean Marney, Ashley Barnes and Johann Gudmundsson have recovered from minor injuries and are available. Scott Arfield (hamstring) is out.