Foxes beginning to feel the pressure 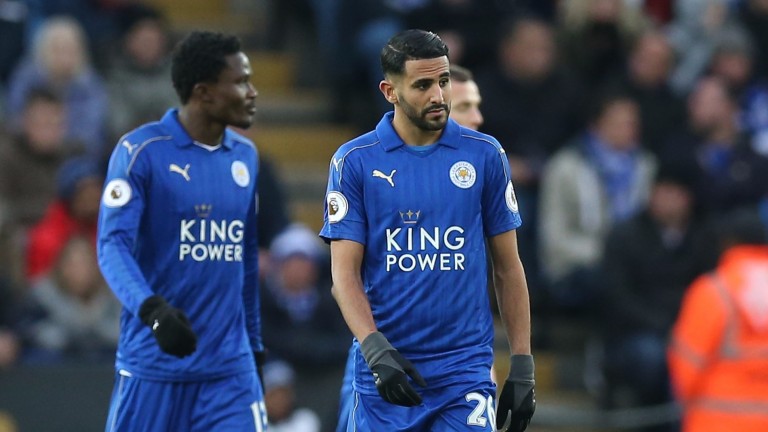 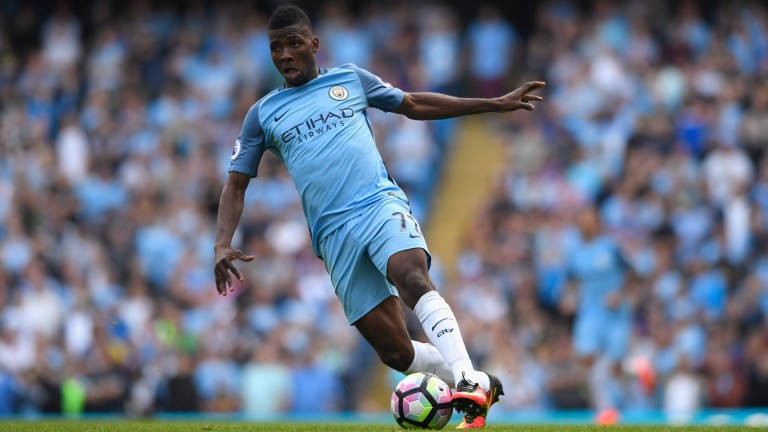 Riyad Mahrez and Leicester have failed to hit the heights of last season
Alex Morton
1 of 2
By Dan Childs 9:35PM, DEC 9 2016

Seven months on from winning the title Leicester are getting dragged into a relegation struggle and their plight is set to worsen with a defeat to Manchester City at the King Power Stadium.

The Foxes were guaranteed first place in their Champions League group before getting hammered 5-0 by Porto on Wednesday.

Claudio Ranieri had made ten changes for the game and it was no great surprise that his team lost – a Porto victory was a 1-3 chance pre-match – but the manner of the defeat has increased the sense of doom and gloom around the club and could make City’s task a little easier than it might have been.

Leicester’s participation in the Champions League has been heavily blamed for their alarming fall from grace. They are just two points above the drop zone and have 16 fewer points than at the same stage last season, but two of their three league wins this term have come immediately after midweek European victories.

The extra workload has undoubtedly made life more difficult but a bigger reason is Leicester are sorely missing the midfield contributions of N’Golo Kante.

The midfielder’s energy and eye for an interception were crucial elements of Leicester’s title charge and those qualities are now making the difference for Chelsea, helping their transformation from mid-table also-rans to title favourites.

Danny Drinkwater has been overworked in his efforts to fill the void, and the strain showed in last month’s 2-1 loss at Watford when he committed a poor challenge on Valon Behrami and received a retrospective three-game ban.

Drinkwater’s absence has seen Leicester go from bad to worse – needing two penalties to scrape an ill-deserved 2-2 draw at home to Middlesbrough and losing 2-1 at relegation-threatened Sunderland.
This is the final game of his suspension and his omission is likely to hurt Leicester more than bans to trio Sergio Aguero, Fernandinho and Nicolas Otamendi will harm City.

Almost any team in the world would be weaker without Aguero but City have top-quality players in reserve, including backup striker Kelechi Iheanacho, who boosted his confidence with the equalising goal in City’s 1-1 draw at home to Celtic on Tuesday.

City have gone two games without a win for the first time since a damaging six-match winless run in September and October.

Pep Guardiola will want their dip in results nipped in the bud much quicker this time and his main challenge is to try to minimise defensive mistakes.

City were the dominant force for the majority of last Saturday’s 3-1 loss at home to Chelsea but came unstuck because they were wasteful in front of goal and loose at the back.

Lapses in concentration seem to be regular occurrences at the Etihad – where they are winless in three – but City have been more focused on their recent travels and are targeting a fourth successive Premier League away win.

The last time they crossed paths with Leicester in February they suffered a 3-1 home defeat, which signalled the beginning of the end of last season’s title charge.

However, they are shaping up as a more resilient bunch under Guardiola and can get the victory they need to stay in touch at the top.

Team news
Leicester
Danny Drinkwater completes a three-game ban and Kasper Schmeichel (hand) is not quite ready to return.