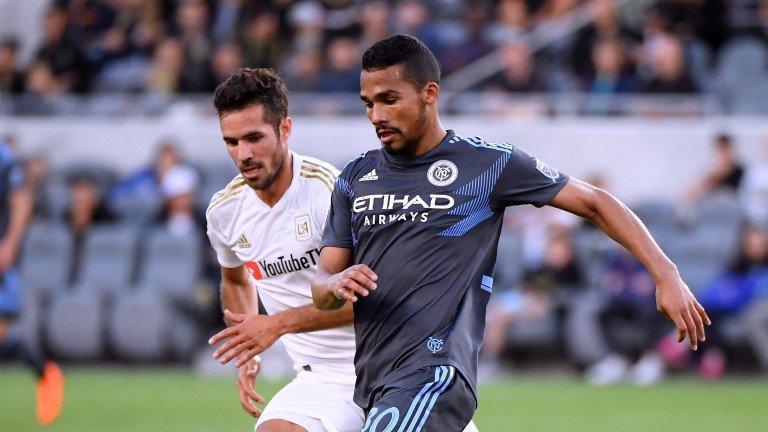 While New York City’s new boss Domenec Torrent will want to improve on the away form his side demonstrated under his predecessor Patrick Vieira, he will have no worries about the club’s home record.

City have won seven and drawn one of their eight MLS matches at Yankee Stadium this season, the draw coming against highflying Atlanta, and they can claim the scalp of rivals New York Red Bulls.

The hosts have lost 4-0 away to the Red Bulls in the US Open Cup and in the league, but they have conceded just four goals at home all season.

An early goal from Kemar Lawrence secured maximum points for NY Red Bulls in their recent outing against Toronto. But that was their only win on the road in their last four after they fell to defeats at Philadelphia Union and New England Revolution last month.

With both sides having registered 34 league goals this year, there’s little separating them in the final third but City can capitalise on their home advantage in Torrent’s first experience of the New York derby.