Slaven Bilic on the drift for the vacant Potters’ post 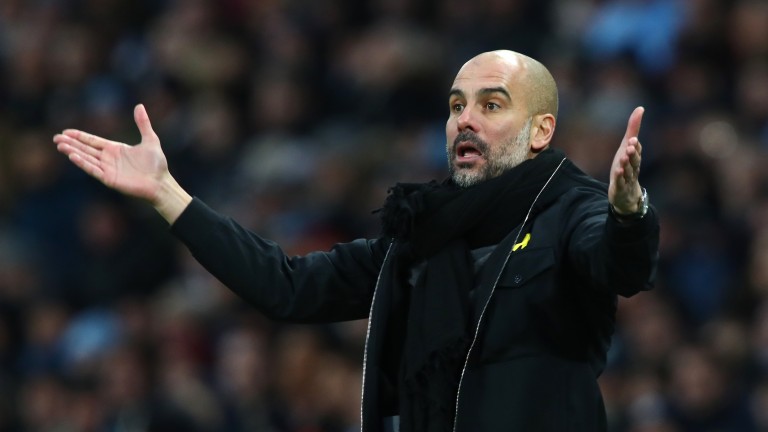 Manchester City are 20-1 with Coral to win all four major trophies after beating Bristol City 2-1 in the first leg of Tuesday’s League Cup semi-final.

The Citizens needed a late winner from Sergio Aguero to see off their Sky Bet Championship opponents but Coral’s John Hill said: “City took a step closer to an unprecedented quadruple and our liability on this market is growing with every week.”

Paddy Power go just 14-1 about a City quad, having laid nine bets at 500-1 at the start of the season. Pep Guardiola’s men are 1-80 to win the Premier League, 1-20 to reach the League Cup final and 3-1 favourites for the Champions League and the FA Cup.

Gary Rowett is out to 25-1 to be Stoke’s next permanent manager after signing a new contract with Derby.

With Slaven Bilic also on the drift for the Potters’ post, Martin O’Neill is the 11-8 market leader and former Watford boss Quique Sanchez Flores is as short as 6-4 with some bookmakers.

Hills spokesman Joe Crilly said: “There have been four favourites in five days for the Stoke job but with Rowett staying at Derby the path seems clear for O’Neill.”

West Ham are 1-2 favourites with Coral to be Jonjo Shelvey’s next club. The firm make the Newcastle midfielder 20-1 to join Southampton and 25-1 to sign for Swansea.

England’s preparation for the World Cup finals will conclude with home friendlies against Nigeria and Costa Rica in June. The Three Lions are a general 16-1 to lift the trophy in Russia.