City 1-3 to sign Walker after missing out on Alves 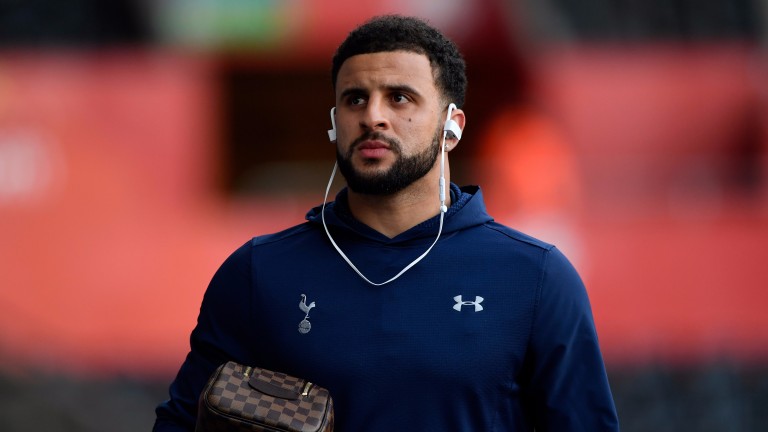 Manchester City are 1-3 favourites to sign Kyle Walker after missing out on target Dani Alves, who surprisingly snubbed a reunion with former boss Pep Guardiola and instead signed for Paris St-Germain.

Guardiola released right-backs Bacary Sagna and Pablo Zabaleta after the last campaign and will be desperate for reinforcements.

Spurs are fully aware of that and are said to be asking for a transfer fee in the region of £50m for the England international. Hills rate Walker 9-4 to still be a Tottenham player at the end of the summer transfer window.

Tottenham could potentially spend some of the Walker money on Ross Barkley from Everton. Betway have cut Spurs from 10-11 to
8-11 to sign the midfielder before the transfer window closes.

Crystal Palace have signed Chelsea's 22-year-old midfielder Ruben Loftus-Cheek on loan until the end of the season.