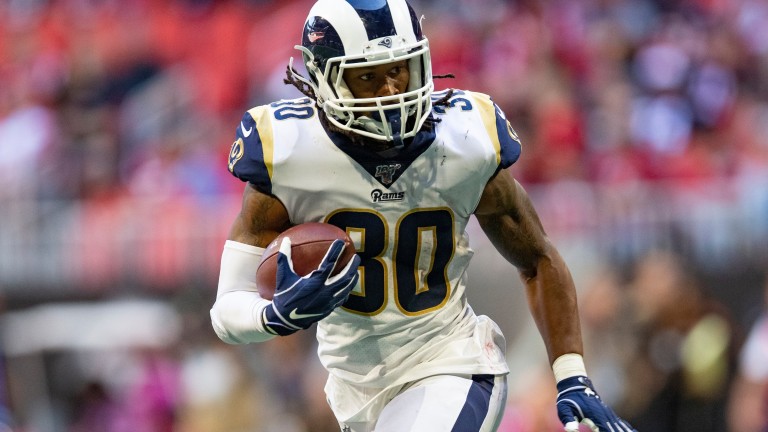 Cincinnati travel to London in search of their first win of the season, but they are unlikely to find it as they take on a rampant Rams side at Wembley Stadium.

However, they returned to life with an emphatic 37-10 success at Atlanta, where quarterback Jared Goff somewhat silenced his critics by throwing two touchdown passes and running one in himself.

The 0-7 Bengals have been having all sorts of problems on defence. They have given up an average of 431 yards per game this season - the most in the league - with 189 of those coming from running backs. LA's offensive talisman Todd Gurley hasn’t quite been so prolific this term, but this looks the sort of game in which he can spring back to life.

Cincinnati haven’t looked too bad on offence, scoring 17 points or more in six of their seven games, but they hit trouble again last week when QB Andy Dalton threw two interceptions in the fourth quarter - one returned for a touchdown - as they chased Jacksonville.

Sean McVay has bolstered his defence with the arrival of top cornerback Jalen Ramsey last week, and he should make it harder for Dalton to move the ball downfield.

Four of Cincinnati’s seven defeats have been by six or fewer points,  so they are arguably unlucky to have such a dismal record, but they face a tall order to handle a Rams side who can be as deadly on defence as when they have the ball.