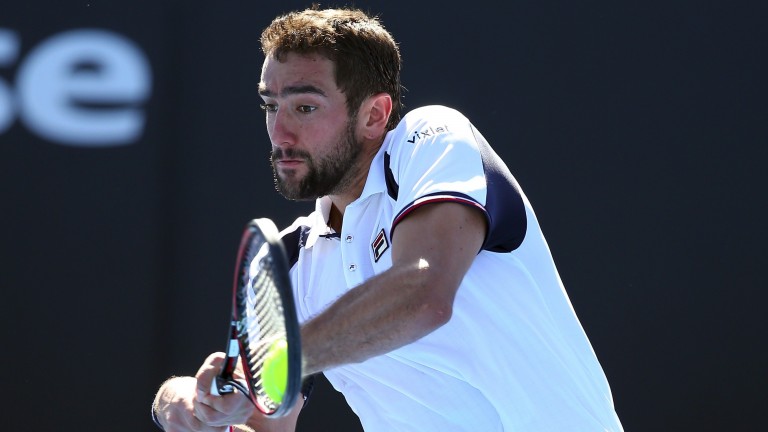 Opposing Tomas Berdych on total-games handicaps came up trumps on day four of the Monte Carlo Masters and a similar policy could be prudent on the fifth day.

Berdych edged out Tommy Haas 3-6 6-1 6-4 to progress to the last 16 of the first clay-court Masters 1,000 Series tournament of the season, but the Czech could bounce against Marin Cilic with a quarter-final berth at stake.

Cilic, who usually produces his best slow-court form in the French Open in late May and early June, went into the Monaco event as an unfancied 50-1 chance.

But his 6-3 6-0 mauling of Jeremy Chardy, who has been in decent nick of late, reads well and a similar performance from the 2014 US Open champion could have Berdych running for cover.

Berdych has not been his usual consistent self this season. He has suffered surprise defeats to Yoshihito Nishioka and Robin Haase and looked in danger after the first set against 39-year-old Haas in his latest outing.

At his best Cilic has the beating of Berdych on hard courts, so it should not deter punters unduly that this is being played on the Croat’s weakest surface.

Berdych made the final in Monte Carlo in 2015 but has blown out early in most of his trips there.

Dominic Thiem posted a tidy 6-3 6-2 win over Haase in round two and the Austrian could prove a tough rival for David Goffin.

The wheat is being sorted from the chaff in the WTA Zhengzhou Open and there’s a cracking all-Chinese quarter-final in prospect between Qiang Wang and Fangzhou Liu, where second seed Wang may have to toil to deny her improving opponent.