Gayle and Roy among host of big hitters in Mohali 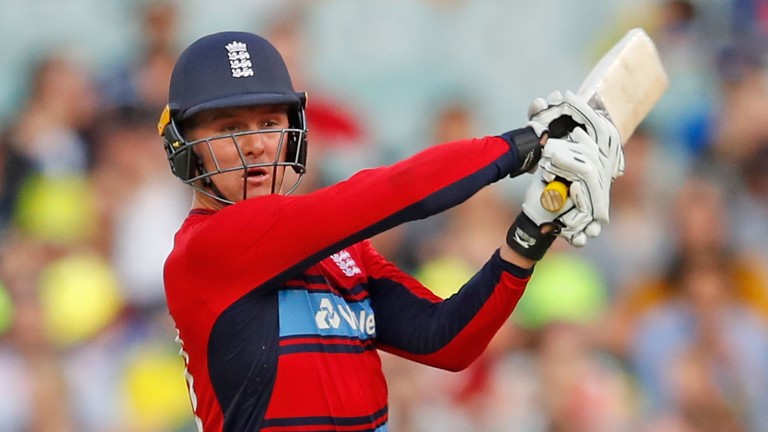 England batsman Jason Roy made 91 not out on debut for Delhi Daredevils
Scott Barbour
1 of 1
By James Milton 8:00PM, APR 7 2018

Delhi's Glenn Maxwell attended the wedding of Kings XI Punjab's Aaron Finch the day before their IPL franchises face each other but the absence of the big-hitting Australians won't dampen the mood in Mohali.

The Daredevils, bowled out for 67 in this fixture last season, should fare better this time around with New Zealand's Colin Munro and England's Jason Roy among their batting options.

And Kings XI have powerful strikers of the ball all the way down their batting order, with Chris Gayle, David Miller, Yuvraj Singh and Marcus Stoinis among those capable of clearing the boundary at will.

Two of Gayle's former sides, Kolkata and Bangalore, meet in the second game of the day and the visitors are taken to silence the home crowd at Eden Gardens.

Kolkata, who allowed skipper Gautam Gambhir to leave for Delhi and lost Australia paceman Mitchell Starc to injury, could be less competitive this season while Bangalore's side looks better balanced than it has in previous years.

Sundar has picked up nine wickets in six Twenty20 internationals, with a stingy economy rate of 5.66 runs per over, and Chahal took 3-18 against Bangladesh in the final of the recent tri-series in Colombo.