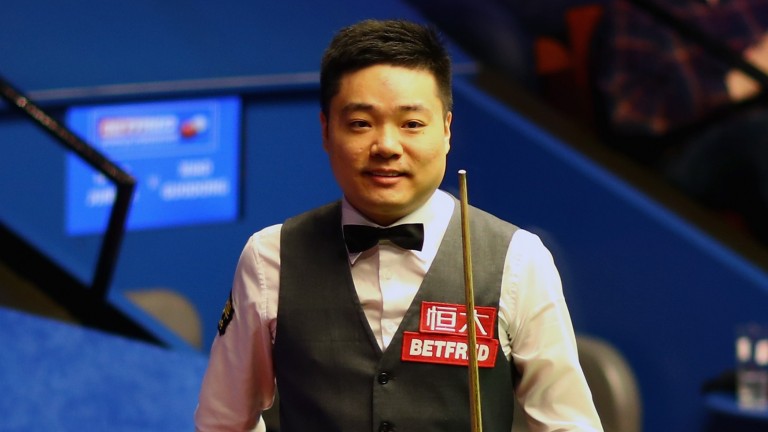 D Junhui v B Hawkins
Semi-final, Eurosport 2 from 7am Saturday

Barry Hawkins thumped Ding Junhui 13-5 in last season's Betfred World Championship quarter-final, but the Star of the East gets the chance to exact his revenge when they do battle for a place in the Shanghai Masters final on Saturday morning.

Hawkins was in scintillating form in Sheffield last season but he tends to peak for a shot at Crucible glory and a rematch on Ding's own patch should see the pair closer together.

The Chinese ace is a red-hot favourite following his hard-fought 6-5 win over Mark Selby in the last eight but the world number one was struggling for form and an improvement will be required.

However, Hawkins's highest break was just 61 in his 6-4 quarter-final victory against world champion Mark Williams, so Ding should get  chances to showcase his break-building ability.

Neither player is likely to be at their brilliant best given it is still early in the season and a gruelling match could be on the cards.

The winner will face Ronnie O'Sullivan, who ended Kyren Wilson's purple patch with a decisive 10-6 victory, in Sunday's final.