Chile could feel heat in crucial qualifying clash in Santiago 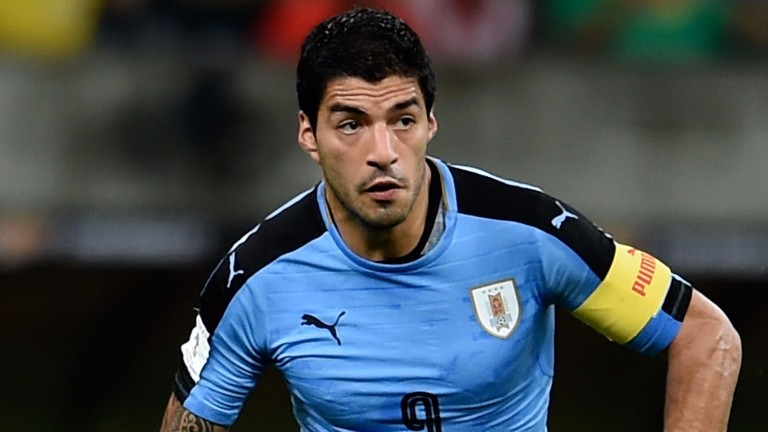 European nations are involved in friendly action tonight but there is more serious business in South America and Chile’s Conmebol qualifier with in-form Uruguay is a potential cracker.

A Uruguay victory in Santiago would put them top of the table – at least until Brazil’s game in Peru a couple of hours later – and the visitors make plenty of appeal with the draw no bet.

Chile stars Alexis Sanchez and Arturo Vidal are both struggling with injuries and their clubs Arsenal and Bayern Munich have been lobbying hard for them not to be risked.

Uruguay have no such doubts over striker Luis Suarez as they bid to complete a double over the Chileans, who they beat 3-0 in November 2015.

The reverse fixture is likely to be tougher but Uruguay have put in some decent displays away from home this year, drawing 2-2 in Brazil and Colombia and losing 1-0 to a deflected Lionel Messi strike in Argentina.

With only the top four certain to qualify for the World Cup, Chile are in fifth place – just a point ahead of Argentina.

There is undoubtedly more pressure on the home side and Uruguay could take advantage of any nerves, especially if Sanchez and Vidal are not 100 per cent.

Italy’s disdain for friendlies is legendary and Azzurri coach
Giampiero Ventura doesn’t sound particularly bullish about his side’s chances against Germany at the San Siro tonight.

“It would have been better to have a less demanding game,” said Ventura, adding that he wants a positive approach from his side because “we’re not scared of taking a beating”.

Italy lost to Germany on penalties in the quarter-finals of Euro 2016 but they were thumped 4-1 in a friendly meeting in March and are worth opposing tonight.

Germany are missing a host of regulars, with Mesut Ozil rested and goalkeeper Manuel Neuer, Jerome Boateng, Toni Kroos and Julian Draxler among the other absentees.

But there was a characteristic ruthlessness about the way Joachim Low’s young side blew away San Marino 8-0 on Friday.

That made it four wins out of four in qualifying, with 16 goals scored and none conceded, and Low’s fringe players should relish the opportunity to impress in a high-profile friendly.

Italy achieved their primary objective with a 4-0 victory in Liechtenstein on Saturday.

Ventura is poised to tinker with his starting line-up and formation – switching back to a 3-5-2 from the weekend 4-2-4 – and Germany are worth a modest bet for victory in Milan.