Chiefs should keep up with Atlanta

Falcon's QB will have to be on top form 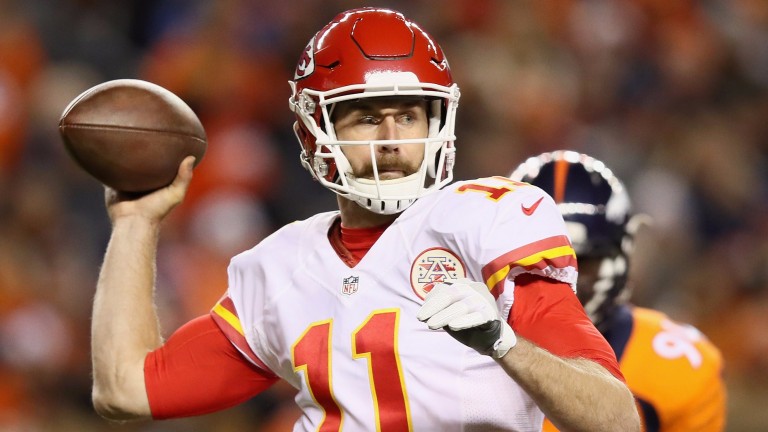 Kansas City have put themselves in the thick of the battle for the AFC West after their victory over Denver last week, but they cannot afford to be distracted by their forthcoming showdown with Oakland.

Their trip to Atlanta looks a tough assignment but after six wins in their last seven matches they are capable of keeping pace with the NFC South leaders.

The Falcons have been the most productive offence in the league but quarterback Matt Ryan will have to be at the top of his game against a defence who lead the NFL in turnovers with 24.

Ryan can be expected to link up well with the league’s leading receiver Julio Jones but the Chiefs have unearthed their own wide threat with rookie Tyreek Hill.

While he is unlikely to replicate the three-touchdown performance he put in against the Broncos, he does provide Alex Smith with another wide outlet and takes some of the pressure off excellent tight end Travis Kelce, particularly if Jeremy Maclin is unable to play a dominant role.

Either way, the Chiefs should be keen to give the ball some air as they take on a team who have conceded the highest average number of passing yards a game – a whopping 282.

The Falcons have scored at least 24 points in each of their six home matches, but the Chiefs are equipped to stay up with the pace and a 5.5-point start for a team in such good form and who should make the playoffs appears generous.

Team news
Kansas City Linebacker Justin Houston is rated as questionable with a shoulder injury. The Chiefs will hope wide receiver Jeremy Maclin (groin) is available, while defensive tackle Dontari Poe has been struggling with a back injury.

Atlanta Defensive end Adrian Clayborn has been ruled out with a knee injury, while lineback Paul Worrilow has been struggling with illness.