Cherries rearguard likely to be picked off by City

Rampant visitors should cause host of problems 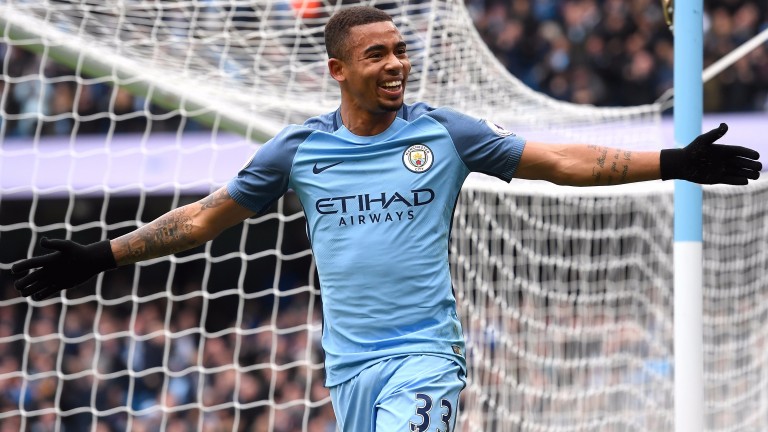 Premier League
Sky Sports 1, 8pm Monday
When your team have conceded 16 goals in their last five Premier League games, the last coach you wish to see pulling up at the gates is one carrying Manchester City.

Bournemouth manager Eddie Howe was left scratching his head at his team's inept defending in last week's 6-3 defeat at Everton and the fact that his opposite number Pep Guardiola can lead his line with either exciting new signing Gabriel Jesus or the prolific Sergio Aguero must have caused the Cherries boss a few sleepless nights this week.

Guardiola has even hinted at fielding both of the forwards and the prospect of facing the Citizens without three members of his regular back four would also do nothing for Howe's confidence.

City still have some way to go to match Arsenal, Liverpool and Chelsea in terms of goals scored this season, but this should be the game in which they assert themselves as Chelsea's most likely title challengers.

It's three weeks since they were held to a 2-2 draw at home to Tottenham, who they can move above into second place with a win tonight, but the nature of that performance suggested that Guardiola had found the right formula.

They dominated the Spurs midfield, forcing uncharacteristic errors, and the form of that showing was boosted when they subsequently strolled past Crystal Palace in the FA Cup and West Ham in the league.

They cannot ease up given Chelsea's lead in the title race and a warning against complacency came last week when they needed Jesus's injury-time goal to beat Swansea.

It seems unlikely, though, that the Cherries will sit back and they have put up some decent home performances against the bigger teams in the league.

Since losing to Manchester United on the opening weekend, they have beaten Everton, drawn with Tottenham, seen off Liverpool in a 4-3 thriller and surrendered a three-goal lead to draw with Arsenal at Dean Court.

But if they go into battle without Simon Francis, Adam Smith and Charlie Daniels, they are likely to be up against it.

Their defensive problems are nothing new, which has to be encouraging for any punter who has backed them to slip into the relegation picture.

Hull and Swansea are the only teams to have conceded more goals than the Cherries this term and Aston Villa, who finished 22 points from safety last year, were the only side to concede more than Bournemouth's 67 in 2015-16.

The pace of City's attack is likely to prove too much for them, but there is a decent chance that the home side will find the net.

City have kept clean sheets in just three of their last 15 away league matches and, while they have found their mojo offensively, they are still prone to the odd lapse at the back.

And Bournemouth, who are likely to be positive even after being rocked by the news that Callum Wilson will miss the rest of the season with a knee injury, can take advantage, even if there are massive doubts about their own rearguard.

Team news
Bournemouth
Eddie Howe has issues in defence with Simon Francis and Charlie Daniels struggling with hamstring injuries, while Adam Smith is still nursing the problem that kept him out of last week's loss at Everton. Striker Callum Wilson is out for the rest of the season with a knee injury.