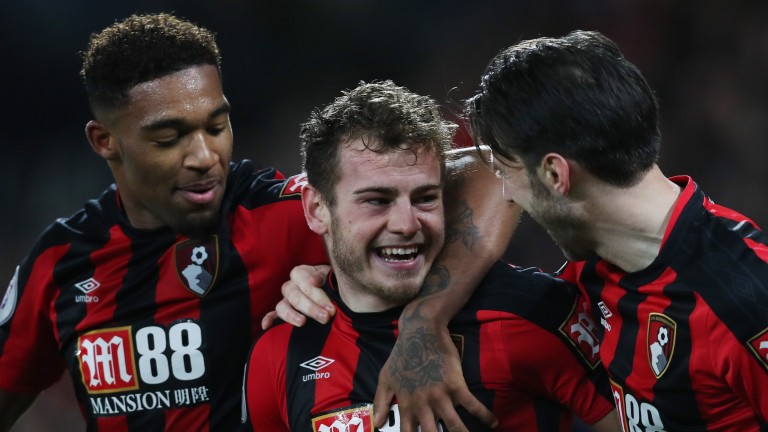 Eddie Howe watched a largely second-string Bournemouth side lose 3-0 at Sky Bet League One leaders Wigan in an FA Cup third-round replay on Wednesday but his first-choice players deservedly defeated Arsenal 2-1 last Sunday and they can get the better of West Ham.

The Hammers have improved under David Moyes, although their best performances have been away from home.

Last month Moyes's men lost 3-2 to Newcastle at the London Stadium and they may suffer a similar fate against the Cherries.

Bournemouth
Josh King and Junior Stanislas (both hamstrings) are doubts.