Cherries could be cannon fodder for red-hot Gunners

Wenger has the benefit of a strong squad 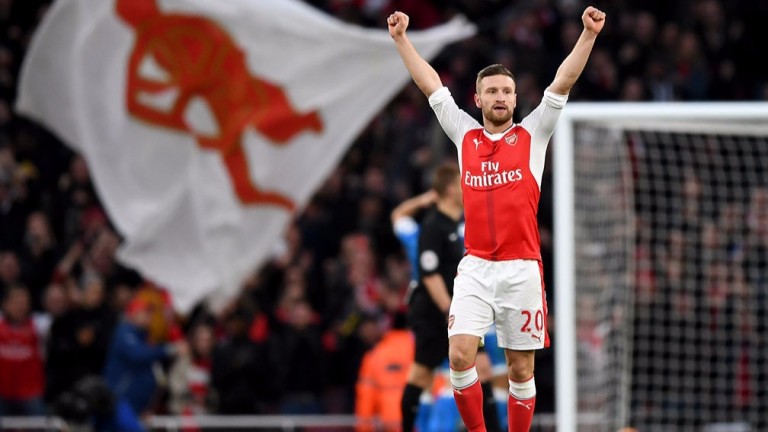 Arsenal targeted a maximum nine points over the festive period to stay in touch in the Premier League title race and they can achieve that aim by defeating mid-table Bournemouth at the Vitality Stadium.

There is no doubt that leaders Chelsea are firmly in the driving seat, but Arsenal should be happy with their performance in the first half of the season.

This time last year the Gunners topped the standings on 39 points, one fewer than their current tally.

It will take a Chelsea wobble to allow any of the chasing pack to mount a serious challenge, but the next five weeks could be crucial with the Blues travelling to Tottenham and Liverpool and hosting Arsenal.

The challenge for Arsenal is to arrive at Stamford Bridge in early February in the best possible shape and they have a nice run of games coming up with this clash on the south coast preceding a trip to Swansea and home matches against Burnley and Watford.

Bournemouth could be the trickiest of those assignments but the timing of this fixture may work in Arsenal’s favour.

Manager Arsene Wenger has been critical of the holiday schedule which requires Arsenal to play two games in three days but Sunday’s 2-0 win at home to Crystal Palace was fairly routine and shouldn’t have taken too much out of their legs.

Wenger has the benefit of a strong squad and may recall Shkodran Mustafi, Aaron Ramsey and Alex Oxlade-Chamberlain to his starting line up.

Mesut Ozil could be another option if he has recovered from illness and Arsenal’s depth of resources is far superior to the Cherries’ options.

Bournemouth have had an extra day’s rest since winning 3-0 at Swansea but Eddie Howe may still be planning to ring the changes.

Howe admitted to not rotating enough when Bournemouth produced a leggy performance in a 3-1 loss at home to Southampton last month and is likely to try a different approach for the visit of Arsenal.

However, unlike Arsenal, the Cherries do not have a clutch of top-class internationals waiting in the wings and the one change Howe would not have wanted to make is the enforced withdrawal of ineligible Arsenal loanee Jack Wilshere, who ran the show against the Swans.

Bournemouth produced a trademark, high-tempo performance in south Wales but their high-energy style is hard to consistently produce.

Howe’s men have not managed back-to-back wins this season and any drop in standards could render them cannon fodder for the Gunners, who are value odds-on favourites.