Cherries are the pick for success at frozen-up Swansea

The football legend with his weekly views 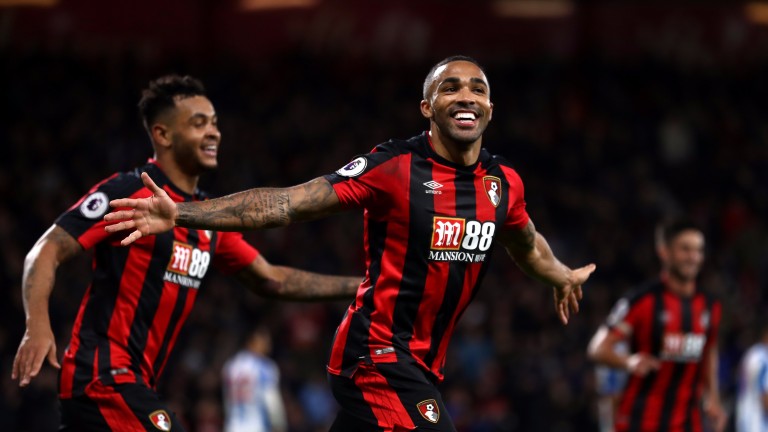 What’s your best bet for the weekend?
I’m going to take Bournemouth to win at Swansea. There’s a spark about the Cherries at the moment after a slow start and you’ve got to think the return of hot-shot Callum Wilson is a big factor in that. In contrast, Swansea have frozen up. They’ve lost four in a row, only scored seven goals all season and with five defeats in six at home, they clearly aren’t cutting it in front of their own fans.

Which favourites look most vulnerable?
Southampton at home to Everton. It’s hard to believe things can get any worse for the Toffees and certainly if there’s a venue to go to to try and stop the bleeding, it would be St Mary’s. Saints simply don’t look like scoring goals at the moment and they seem to be in as much difficulty as Everton. Southampton have banged in nine goals so far and their fans get on the players’ backs very quickly.

Where’s the value at Anfield on Saturday?

Certainly not Liverpool. I was actually tempted to back them for the first time in ages at Seville on Tuesday night, and was so glad I didn’t. That was the kind of performance that would have you tearing your hair out as a Reds’ fan. I don’t buy into Antonio Conte’s gripes, either. As a player you love games in quick succession because it means you don’t have to train. It’s Chelsea draw no bet for me.

Were West Brom right to sack Tony Pulis?
Some of these lesser clubs need to be careful what they wish for. Pretty much ten years in the top-flight, all with unfashionable clubs, yet Pulis has never been relegated. Now, all of a sudden, style is more important than substance, even though it’s substance that has enabled Pulis’s clubs to keep mopping up the Premier League riches. He’s been incredibly unlucky.

Would Marco Silva be worth the wait if he takes over at Everton?
Depends how long the wait is. After that debacle against Atalanta, there is a real urgency to get a new man in at Goodison. Everton’s freefall is the story of the Premier League season so far and it needs stopping now. If Silva is the man, then they need to throw the bank at it, accept they’d be paying Watford bucket-loads, but this is a club that needs to make a big decision, and make it quick.

Give us a winner from the midweek Premier League coupon
I quite like Brighton to beat Palace but I prefer Tottenham at Leicester. Spurs were poor against Arsenal and for periods weren’t that good at Dortmund on Tuesday night. But just like taking four points off Real Madrid has given Spurs a lift, so too has taking six off Dortmund. You’re going to get the odd setback – like the Arsenal game – but Leicester away should be their type of fixture.