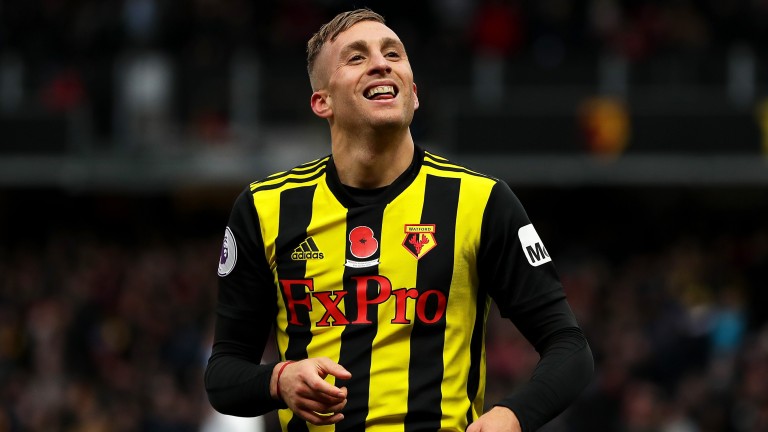 Watford's Gerard Deulofeu could have plenty to smile about
Richard Heathcote
1 of 1
By Matthew Ireland 8:00PM, MAY 4 2019

Sunday could be a pivotal day in the race for Champions League qualification with the fourth, fifth and sixth-placed Premier League sides in action.

Chelsea currently hold the final place in the top four but the Blues are unlikely to have an easy ride at home to FA Cup finalists Watford.

The Blues, who face a second leg of their Europa League semi-final on Thursday, have not looked secure recently but nor have the visiting Hornets, who have not kept a clean sheet in 12 outings.

However, they are strong going forward and will fancy their chances of getting on the scoresheet at Stamford Bridge.

Team news
Chelsea
Eden Hazard should return to the starting line-up after being used as a substitute at Frankfurt in midweek.

Watford
Troy Deeney is available after suspension but defender Craig Cathcart is doubtful.

Key stat
Chelsea have conceded in 11 of their last 15 league games.