Confidence is high as Lampard and Mourinho clash at Stamford Bridge 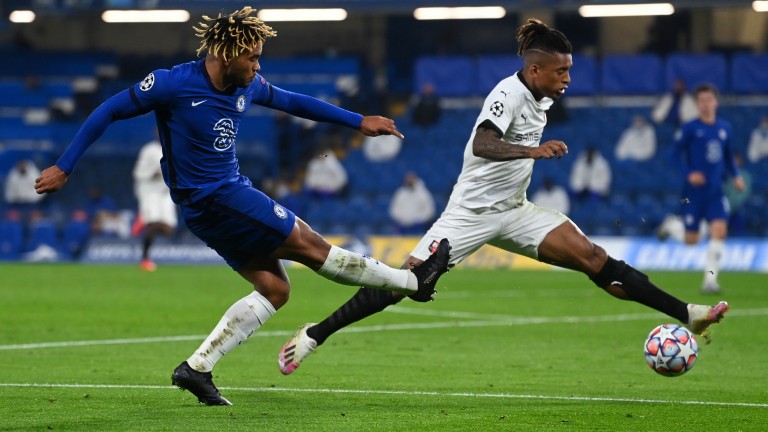 Tottenham's 2-0 win over Manchester City last weekend fired them to the top of the Premier League table and saw their title odds cut to as short at 5-1.

That made it six wins and two draws in eight fixtures for Jose Mourinho's side since an opening home defeat to Everton but Mourinho's former club Chelsea are also in good nick.

The Blues sealed qualification for the Champions League last 16 with a 2-1 win at Rennes on Tuesday and their only league defeat this term came against champions Liverpool.

Both sides have the capacity to self-destruct – Chelsea had to fight back from 3-0 down to draw at West Brom in September while Spurs blew a 3-0 lead against West Ham – but both should be full of confidence going into Sunday's clash.

Chelsea
Christian Pulisic could return after a hamstring injury. Kai Havertz and Thiago Silva are pushing for starts.

Tottenham
Toby Alderweireld joins Erik Lamela on the sidelines but Matt Doherty is available. Harry Winks has a knock and Jose Mourinho will hope his players come through Thursday's Europa League game against Ludogorets unscathed.

Frank Lampard has settled on a 4-3-3 formation with Mason Mount getting forward from midfield in support of Timo Werner, Tammy Abraham and Hakim Ziyech.

Their defensive shape is far better than it was last season and new goalkeeper Edouard Mendy has faced only eight shots in five league starts, keeping four clean sheets.

Mendy can expect a busier 90 minutes against an in-form Tottenham attack and it will be intriguing to see how Lampard tries to combat the threat of Harry Kane dropping deep to pick out the runs of Heung-Min Son.

Tottenham knocked Chelsea out of the EFL Cup on penalties in September but the Blues did the double over Spurs last season and could edge an entertaining win.

Spurs will have a couple of days' less rest than Chelsea due to Europa League commitments and their defensive effort against City, who won the shot count 22-4, must have taken a lot out of them.