Blades are unlikely to cave in at Stamford Bridge 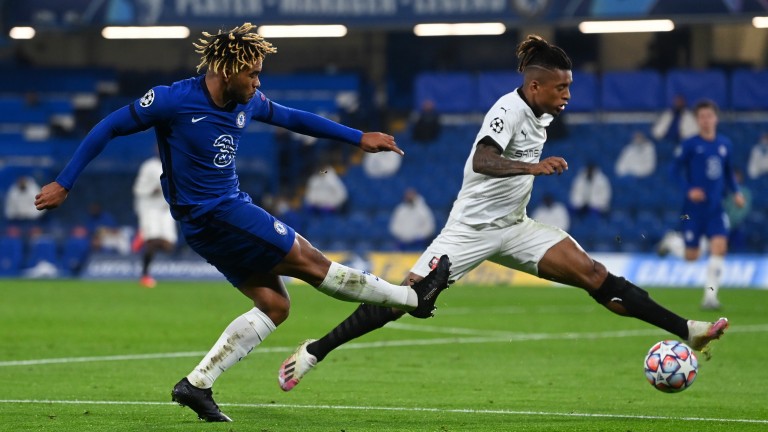 Chelsea
Kai Havertz is self isolating, Christian Pulisic (hamstring) is a doubt and Billy Gilmour (knee) is a long-term absentee.

Chelsea remained top of Champions League Group E after sweeping aside Rennes 3-0 on Wednesday and they can step up their claims in the Premier League title race by defeating Sheffield United at Stamford Bridge.

The Londoners are 12-1 fourth favourites to finish top of the pile for the first time since 2016-17 but they need to find more consistency.

Chelsea are on a three-game winning sequence but haven't achieved back-to-back Premier League victories since early July and approach the weekend in seventh, four points behind leaders Liverpool.

Frank Lampard will not want that gap to increase before the international break and may select a full-strength side, even though the contest comes less than three days after Rennes.

The Chelsea gaffer made just one enforced change in midweek with Jorginho stepping in for Kai Havertz, who had tested positive for Covid-19.

But the strategy paid off as Chelsea raced into a 3-0 lead within 50 minutes, affording Lampard the luxury of making five tactical second-half substitutions and ensuring a shortened night's work for N'Golo Kante, Tammy Abraham, Ben Chilwell, Thiago Silva and Hakim Ziyech.

Even the Chelsea players who completed the game were not seriously stretched by a Rennes team reduced to ten men before half-time.

And the ease of Chelsea's midweek fixture looks bad news for Sheffield United, who could have done without facing Lampard's strongest side.

The Blades have taken just one point from seven games and scored three goals, two of them from the penalty spot.

Blades boss Chris Wilder refuses to panic and can point to the fact that his players have been competitive in every game, including one-goal losses at Arsenal and Liverpool and at home to Manchester City.

But the lack of attacking quality has been obvious and centre-forwards Oli McBurnie and Rhian Brewster are still searching for their first goals of the season.

At the back United have been unsettled by the absence of key central defender Jack O'Connell although their tally of ten goals conceded is quite respectable given the quality of opposition faced.

The Yorkshire side have not conceded more than two goals in a game this season and are unlikely to cave in at Stamford Bridge because Wilder will not allow efforts to dwindle.

However, Chelsea's attacking quality is likely to bear fruit at some point and their improving defence, who have kept five successive clean sheets, should keep the Blades at bay and add to their 11-game winless sequence.

All of Sheffield United's last 37 matches have featured fewer than five goals.