Leaky Chelsea potent enough to come out on top 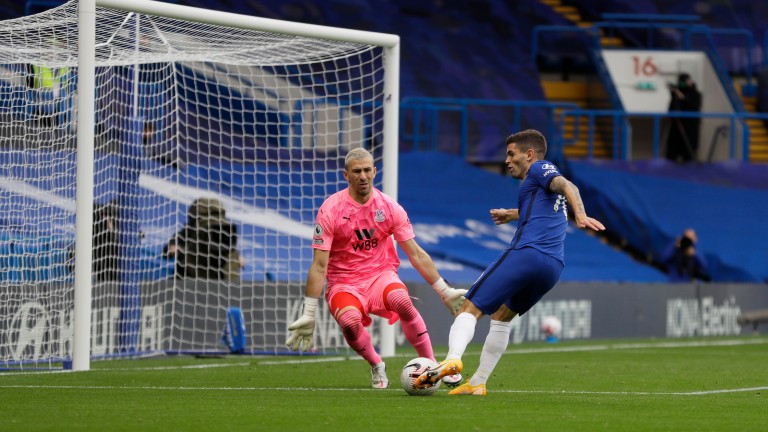 Sevilla
Jules Kounde (Covid-19) is self-isolating and Oussama Idrissi (knock) is a doubt.

Chelsea's dodgy defence cost them two points when they drew 3-3 at home to Southampton on Saturday but it may not prevent them from defeating Sevilla in the Champions League at Stamford Bridge.

Slack defending was an ongoing theme for the Blues last season and the problem has not gone away.

Central defender Thiago Silva and left-back Ben Chilwell were snapped up during the transfer window but the main focus of the club's spending spree was offensive reinforcements.

Chelsea brought in Timo Werner, Hakim Ziyech and Kai Havertz with the aim of acquiring an attack to rival the best in the Premier League.

The potential is immense and there were positive signs at the weekend with Havertz, Werner and Christian Pulisic combining to produce some slick and incisive football.

Chelsea should continue to score lots of goals but if they want to win trophies they need to find a better balance between attack and defence.

The top teams have attacking players who defend from the front and it is even more important for Chelsea's forwards to play with a degree of discipline because their rearguard is an accident waiting to happen.

The goalkeeping situation may be improved with Edouard Mendy fully recovered from a thigh strain and likely to replace Kepa Arrizabalaga, who has looked desperately short of confidence.

But there is no consistency in the centre-back position with Frank Lampard fielding a different partnership in each of the last five matches.

Further change is expected with Thiago Silva expected to come back into the side but it would be a surprise if Chelsea kept a Champions League clean sheet for the first time since a 1-0 success at Ajax in October 2019.

Sevilla cannot compete with Chelsea in terms of attacking talent but Ivan Rakitic's arrival from Barcelona gives them greater creativity and makes it more likely that they will take advantage of gaps in the Blues' rearguard.

Sevilla's problem will be keeping Chelsea at bay.

Julen Lopetegui's side have registered one shutout in their last seven competitive games and they are without powerful central defender Jules Kounde, who is in isolation after testing positive for Covid-19.

Sevilla usually relish a challenge and they defied underdog status with their 3-2 victory over Inter in last season's Europa League final.

However, the Andalusians did not face an attack as classy as Chelsea's throughout their 2019-20 Europa League campaign and they may come up short in London.