Blues Can give Pep Guardiola problems at Stamford Bridge 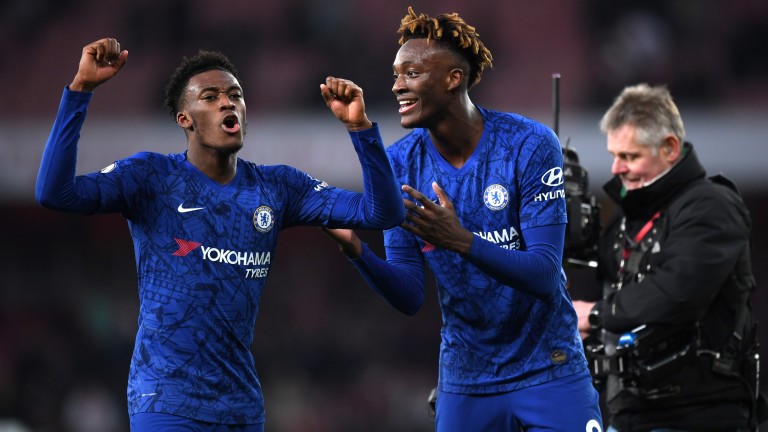 Chelsea
Jorginho is available after serving a two-match suspension but Fikayo Tomori is a doubt.

Manchester City
Sergio Aguero is expected to miss out with a knee injury which forced him off against Burnley while Eric Garcia is also sidelined.

Jurgen Klopp said he is struggling to fathom why his Liverpool side are 20 points clear of Manchester City after Pep Guardiola's men thrashed Burnley last time out but the German may get some answers when his rivals take on Chelsea at Stamford Bridge.

The Citizens have been the most devastating attacking unit in the Premier League this term but punters should take the club's recent hammerings of Arsenal and Burnley with a pinch of salt.

The Gunners have been permeable at the back all season and were not helped by David Luiz gifting City goals, while Burnley were so short of first-team talent that their seven-man bench featured two goalkeepers, two under-23 players and second-year scholar Max Thompson.

Of course Guardiola's men still deserve credit for getting the job done so efficiently but they must prepare for a step up in quality when they they travel to London.

Chelsea are unbeaten in their last four Premier League games, netting at least twice in each of those fixtures, and the resurgence of Olivier Giroud has given Frank Lampard another option in the final third.

The Blues are not without their defensive deficiencies - they have shipped 40 goals in 30 league matches this term - but they offer enough going forward to trouble Guardiola's visitors.

Perhaps it is a result of Aymeric Laporte missing most of the season but City simply have not looked as sure of themselves at the back as in recent campaigns.

Their tally of seven defeats this season is one more than the last two terms combined and they have lost on the road to Liverpool, Manchester United, Tottenham, Wolves and Norwich this season, as well as being held to a draw at Newcastle.

Their record against the top clubs is one of a number of factors contributing to their inability to compete with Liverpool this season. In their eight matches against the current top six, they have kept only one clean sheet.

Lockdown will have given Guardiola plenty of time to assess how City approach the remainder of the season and they have made an electric start but it could take longer than a couple of months to address the recent problems with their big-game mentality.

For a start they may have to adjust to seeing less of the ball at Stamford Bridge.

Chelsea racked up 74 per cent possession in their first game back against Aston Villa, meaning they have had the majority of possession in 29 league matches this season, more than any other team in England's top flight.

The Blues have been busy off the field recently, aiming to give themselves the best shot at competing on it with City next season, but their current crop could have enough in them to earn a positive result.

It could be a risky move opting for Man City at odds-on against top-six opposition and a bet on Chelsea or draw double chance could be the best approach.

Five of Manchester City's seven league defeats have come away from home this season.

FIRST PUBLISHED 2:49PM, JUN 24 2020
Chelsea are unbeaten in their last four Premier League games, netting at least twice in each of those fixtures