Emma Hayes's Blues can push favourites Barca all the way 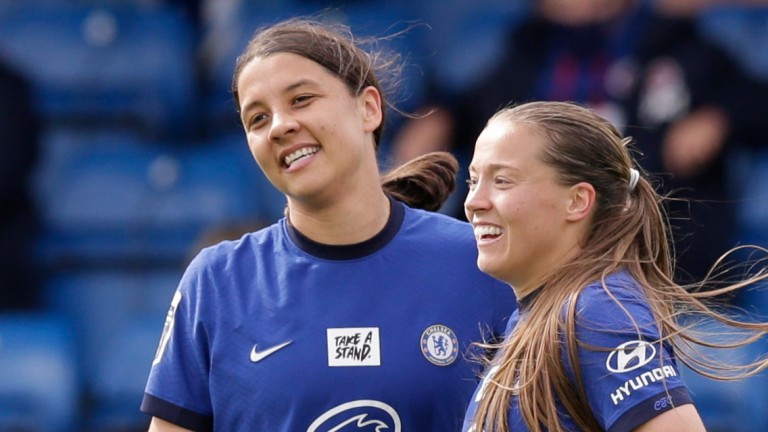 Free football tips, best bets and analysis for the Uefa Women's Champions League final between Chelsea and Barcelona on Sunday.

Both teams to score
2pts 4-5 Hills

Chelsea have dominated domestic women's football this season but Emma Hayes's side are underdogs in their first Champions League final against Barcelona on Sunday.

The Blues head to Gothenburg having already claimed the Super League and League Cup and could claim the third prize in a quadruple with victory over the Spanish champions - the FA Cup will be settled next season.

But that will be no straightforward task against a team who have won all 26 of their league games this term and have already beaten Manchester City on the way to the final.

Dutch star Leike Martens scored twice to help them to a victory over Paris Saint-Germain in their semi-final, but Jenni Hermoso has grabbed the headlines with 55 goals this season.

They have conceded just 13 goals in their last 38 games but there is still scope for Chelsea to make their mark and both teams scoring in the final looks a decent bet.

Chelsea have demonstrated that they can live with the best Europe has to offer after seeing off five-time finalists Wolfsburg and Bundesliga champions Bayern Munich in the competition.

And they have strikers in Australian Sam Kerr and Lioness Fran Kirby who have scored 30 goals in the 19 games in which they have played together.

Both teams have scored in four of Chelsea's last five European outings and in five of the six games they have played against Arsenal and the two Manchester clubs this season, by far the strongest outfits in the WSL.

Claiming a first European crown may be a stretch but the English outfit are more than capable of holding their own.

Barcelona have scored 166 goals in their last 38 matches.