Chelsea odds-on for FA Cup glory after seeing off Spurs 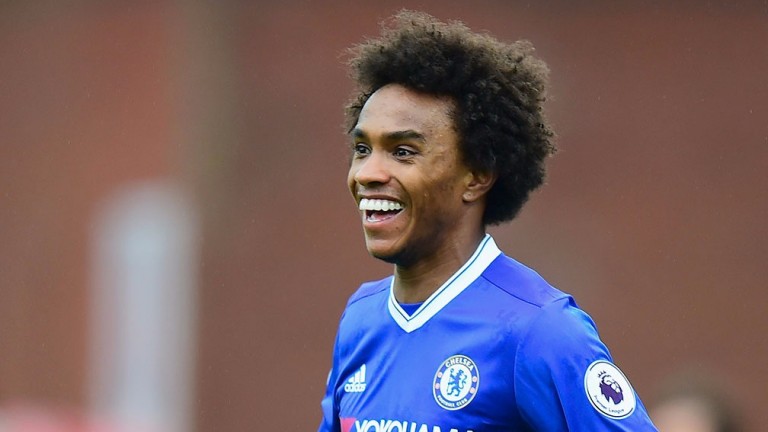 Premier League leaders Chelsea are 10-11 to win the FA Cup after a 4-2 victory in a pulsating semi-final at Wembley.

Willian, a 10-1 chance to score first, gave Chelsea an early lead before Harry Kane’s equaliser. Willian and Dele Alli exchanged further goals but sub Eden Hazard and Nemanja Matic put the Blues into the final. The correct score was a 100-1 shot before kick-off.

Manchester City are 2-1 to win the cup with semi-final opponents Arsenal 5-1.

Marco Silva’s Hull claimed a crucial win in the battle to stay in the Premier League, beating Watford 2-0 despite having striker Oumar Niasse sent off in the 25th minute.

The Tigers are 15-8 to be relegated but Swansea kept up the pressure on Silva’s men with a 2-0 home victory over Stoke.

Paul Clement’s side are 4-7 to go down but things look far bleaker for Middlesbrough after a 4-0 drubbing at Bournemouth. Boro are 1-100 to be playing in the Sky Bet Championship next season with Sunderland 1-150 for the drop.

West Ham and Everton drew 0-0 in the day’s other top-flight fixture. Romelu Lukaku has been eased to 1-2 for the Golden Boot after his blank at the London Stadium.

Aberdeen are 13-5 to win the William Hill Scottish Cup after a thrilling 3-2 semi-final win over Hibernian. Celtic, 8-15 trophy favourites, take on 6-1 shots Rangers in the second semi.

Swindon have been relegated from Sky Bet League One while Leyton Orient slipped out of the Football League after a defeat at Crewe. Lincoln will be playing in League Two next season having wrapped up the National League title thanks to a 2-1 home win over Macclesfield.