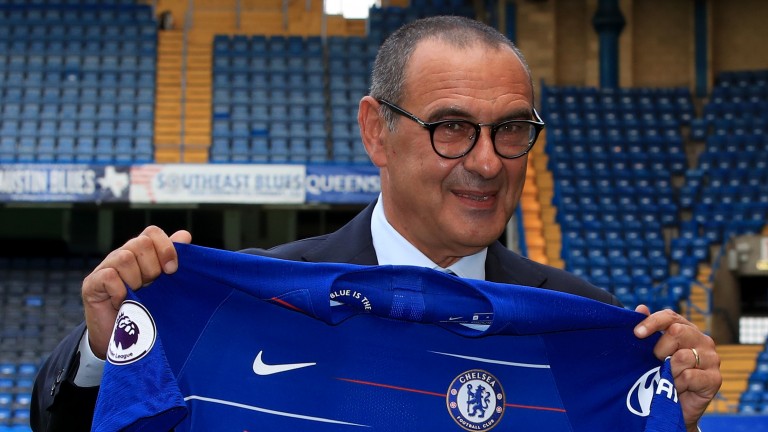 Didi Hamann: Leicester at home to Wolves. I thought the Foxes were good in defeat at Manchester United and they are unquestionably a good Premier League side. Wolves were in trouble against Everton until Phil Jagielka’s red card and it’s not going to be easy for them to adjust to life in the top flight, especially with so many new faces to bed in.

Jermaine Jenas: Chelsea to win against Arsenal. If I were going for correct score I’d say 2-0. When I watched Arsenal against City they seemed to lack direct pace and it makes sense for them to go to Chelsea with a more defensive approach in mind. There will be quite a few changes at Arsenal over the next couple of years and their fans will need to be patient.

DH: Burnley are short enough against Watford, who are a decent outfit. Thursday night’s win against Istanbul Basaksehir will have taken plenty out of the Clarets and they don’t have the biggest squad. Burnley’s problem is when they have to take games to an opponent as they will today – they just lack firepower.

JJ: I don’t think any of the big sides will struggle this weekend but, of the big clubs, I’d say Manchester United have the toughest opponents. Brighton was a difficult place to go last season but they were poor against Watford and they could struggle if they perform like that against United this weekend.

Who will finish higher this season – Chelsea or Arsenal?

DH: It’s dangerous to read too much into one-match form and most people would have said Chelsea even before last weekend. But Chelsea, under a top manager, look to have hit the ground running and Arsenal look a work in progress. Some people said at the end of last season that it couldn’t get any worse. Well, maybe it can.

JJ: I think Chelsea will be in a much better position than Arsenal at the end of the season. They have the better squad and the only thing that concerned me about Chelsea before the season was the uncertainty of certain players’ futures at the club, which seem to have settled now.

Which team or player caught your eye in the Premier League last weekend?

DH: I’ve got to say Liverpool. West Ham are a dour, strengthened side and wouldn’t have been my choice of opponent on day one but the Reds took them apart. Jurgen Klopp has addressed the issue of strength on the bench. He now has choices and cover and making a statement like they did against the Hammers is impressive.

JJ: Leicester’s Ben Chilwell stood out for me against Manchester United but he was overlooked with Luke Shaw and Paul Pogba stealing the limelight. Raheem Sterling was impressive and so was Kyle Walker, who looked like he has missed playing right-back. I think Newcastle and Leicester played well and both deserved a point.

How will Manchester City fare without Kevin De Bruyne?

DH: I don’t think it will be a disaster because they have so many other quality players – the signing of Mahrez, for example, suddenly looks even better business. If he’s out from now until December that means missing around a dozen games and that’s not a massive problem. Clearly it’s not what City want or need but I’m sure they can cope.

JJ: It will affect them. They have the players to step up and create the chances in his absence but he takes City to a different level. By the time the real tests come around, it will be all about getting him fit and it’s a good job his absence did not come at the time of the Champions League knockout stages later in the season.

Will the delay to their new stadium impact on Tottenham’s season?

DH: It’s not good and is possibly part of a bigger problem at the club. Some fans are upset over the lack of transfer activity in the summer and now they’ve got to wait a couple of months at least before they get to ‘return’ home. They did well at Wembley last season but it’s embarrassing for the club and maybe tells us plenty about how Spurs are run.

JJ: It won’t affect anything on the pitch. There could be disappointment for the players but Wembley became a fortress for Tottenham towards the end of last season.