Higuain and Lewandowski on list of Serr targets though 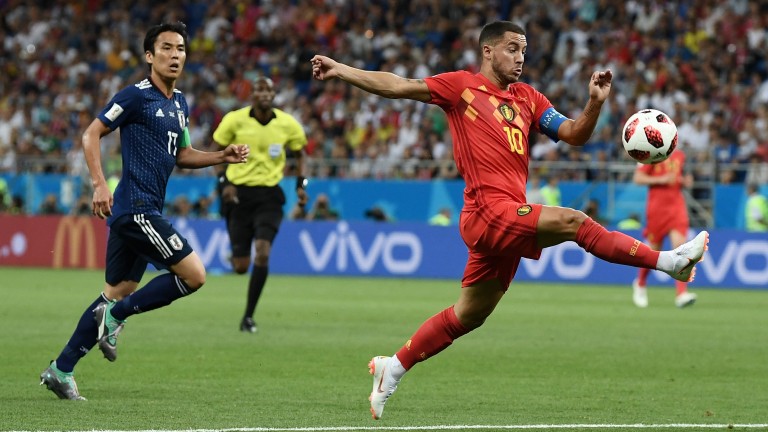 With the World Cup over, the focus switches to the start of the Premier League season and bookmakers think it could be a busy build-up to the campaign for new Chelsea manager Maurizio Sarri.

The firm make Blues stars Eden Hazard and Thibaut Courtois long odds-on, at 4-9 and 4-11, to move to Real Madrid before the end of the summer transfer window while Willian is 10-11 to join Barcelona.

And France World Cup winner N'Golo Kante is another player who could be on his way out of Stamford Bridge with Paris St-Germain just 9-4 to sign the midfielder this summer.

However, Betway go 8-15 that Juventus striker Gonzalo Higuain, who thrived under Sarri at Napoli, will be at Chelsea for the 2018-19 campaign.

Ladbrokes make six Chelsea players 2-1 or shorter to leave the club this summer with Hazard the shortest price to depart at 1-6.

Striker Alvaro Morata is 4-7 to leave and England midfielder Ruben Loftus-Cheek, who spent last season on loan at Crystal Palace, is 6-4 to head off to pastures new.

Ladbrokes are betting on which Premier League manager leaves his position next and Watford's Javi Gracia is 4-1 favourite in the sack race.

Mark Hughes, who narrowly kept Southampton up last term, is next in the betting at 6-1 with Leicester's Claude Puel and Newcastle's Rafael Benitez 8-1.

FIRST PUBLISHED 8:00PM, JUL 16 2018
Ladbrokes make six Chelsea players 2-1 or shorter to leave the club this summer with Hazard the shortest price to depart at 1-6