Chelsea are still a fair way behind Man City 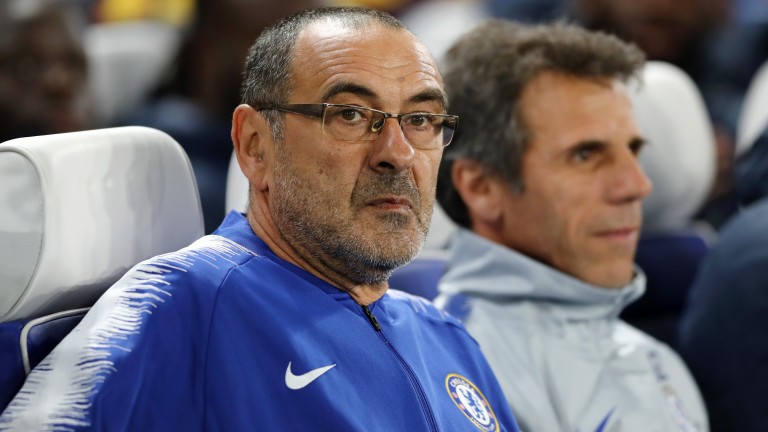 What’s your best bet of the weekend?
Southampton to win at Cardiff. The Saints looked pretty good against Manchester United last weekend and probably aren’t as bad as their league position suggests. There will be a feelgood factor with the new manager coming in and Cardiff aren’t the best.

Which favourites look the most vulnerable?
Liverpool have to be worth opposing at Bournemouth, who continue to impress. Next week’s game for Liverpool against Napoli is as big as they come and Jurgen Klopp will have that in mind. He’ll make changes just as he did at Burnley – he just about got it right at Turf Moor but Bournemouth are a different challenge entirely. The Joe Gomez injury is massive.

Is Ralph Hasenhuttl a good choice for Southampton?
I think so – although long-term it’s harder to say. The Southampton philosophy has been a quick, passing game and they’ve recruited accordingly. Hasenhuttl is a different coach who preaches high-intensity pressing and getting the ball forward quickly. He’ll need time to bed in and it will be interesting to see if he’s backed to alter the playing approach.

What’s your best bet for Chelsea v Man City?
I couldn’t take on City. Chelsea go into this game after a ropey result at Wolves and are ten points off City. And we are all saying this has been a good season so far for the Blues. They could be 13 points off the pace tonight. I’m surprised at how well Chelsea have adapted to Maurizio Sarri but the reality is they still look a fair way off Guardiola’s team.

Will Arsenal or Tottenham finish higher in the Premier League?
Arsenal have made huge strides under Unai Emery and deserve untold credit for that – but I’ll stick with Spurs. They seem to manage to defy the odds so often and boast an experience now that will stand them in good stead. I’ve heard whispers of Man United coming in for Mauricio Pochettino – and you can hardly blame them for that – but that’s the only negative.

Where’s the value in the midweek Champions League fixtures?
I like the price about Barcelona who are odds-against at home to Tottenham. We all know the scenario – Spurs probably need to win while Barca have already qualified – but I’m not sure that registers in the mindset of the Spanish giants. They can go about their business in a relaxed, manner and they have heavy artillery on the bench.