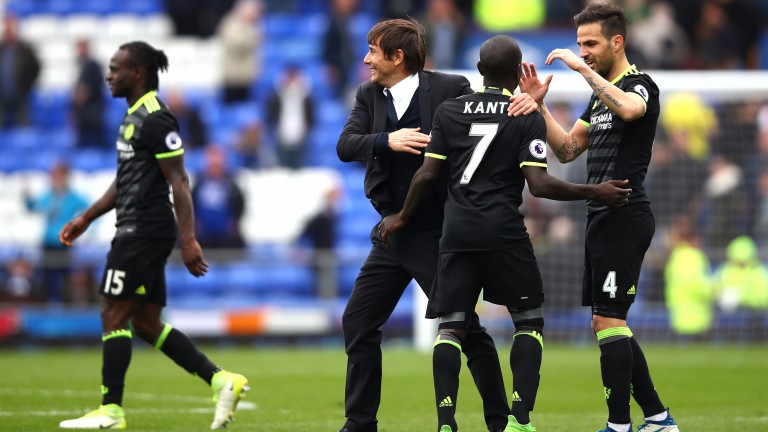 Tottenham did all they could to keep the Premier League title race alive but leaders Chelsea took a massive step towards the trophy with a 3-0 win at Everton to remain four points clear.

The Blues, who are 1-16 for the title, have a favourable run-in with home games against Watford, Middlesbrough and Sunderland to come as well as a trip to West Brom so Antonio Conte’s side are in a fabulous position to finish first.

Spurs responded well with a 2-0 derby win over arch-rivals Arsenal thanks to second-half goals from Dele Alli and a Harry Kane penalty.

Tottenham are 9-1 to win the title and are certain to finish above Arsenal for the first time in 22 years. Coral rate Spurs 8-11 to be north London’s finest next term with Arsenal evens.

The Gunners are 9-1 for a top-four finish and the battle for the Champions League spots is heading for a tight climax after both Manchester clubs were held to surprise draws.

United are 4-1 to finish in the top four following a 1-1 home draw with Swansea, who are 4-7 to be relegated, while City twice had to come from behind to salvage a point at Middlesbrough in a 2-2 draw. City are 1-10 for a top-four spot.