Rested Stanley could have a profitable visit to London 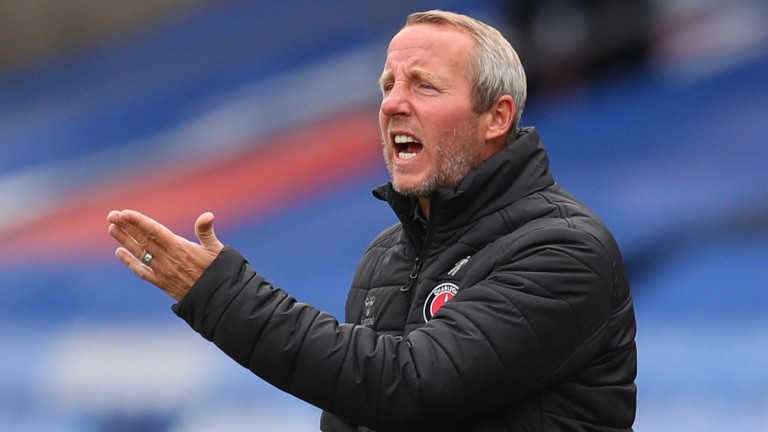 Charlton
Darren Pratley is suspended after his red card at Hull and Ben Watson is injured. New signings Ronnie Schwartz and Liam Millar could feature, while striker Chuks Aneke is back from a ban.

Accrington
Ross Sykes is struggling with a knock while an unidentified player has tested positive for Covid-19.

A popular takeover by Danish businessman Thomas Sandgaard has lifted the recent gloom at Charlton, but there is still work to do for Lee Bowyer's side to assert themselves in the League One title race.

Relegation with the last kick of the Championship season has been the only big setback in The Valley in the last few months after years of turmoil left the club's future in grave doubt.

But the hard work has to start on the pitch and the Addicks face a tricky home clash against Accrington as the Sky cameras take a rare delve into the third tier on Friday.

Bowyer has wasted no time in attracting reinforcements in the January window, signing striker Ronnie Schwartz, who was the top goalscorer in Denmark last season, and capturing Canada international winger Liam Millar on loan from Liverpool.

However, the problems are at the other end of the pitch, where Jason Pearce and Ade Oshilaja are the only available central defenders, are more pressing.

And Bowyer will be further handicapped by the absence of experienced duo Darren Pratley and Ben Watson.

MK Dons are the only team to have left SE7 with three points in Charlton's last seven home games, but Accrington should fancy their chances.

Covid-19 restrictions mean Stanley have been out of action since a goalless home draw against Blackpool on December 19 and manager John Coleman said that his charges are "champing at the bit" to get back to it.

Accrington are eighth in the table, two places behind Charlton with three games in hand and this looks a good chance for them to make up further ground.

Coleman's boys have been mustard in front of goal and their only defeat in their last five road games came at Wigan, when they lost 4-3 after conceding three goals in the first half.

Otherwise, their away-day defence has been solid, with clean sheets in victories at Northampton, Swindon and Gillingham.

Charlton have won two of their last nine games and are difficult to trust, particularly as they have conceded twice in each of their last four league matches.

It could well be that the rest has done Stanley good and they can claim their fifth away win to leapfrog the Valiants.

Accrington have scored ten goals in their last four League One away games.

FIRST PUBLISHED 3:30PM, JAN 7 2021
MK Dons are the only team to have left SE7 with three points in Charlton's last seven home games, but Accrington should fancy their chances