Chargers can make a bright start to new era

Broncos worth opposing on the handicap 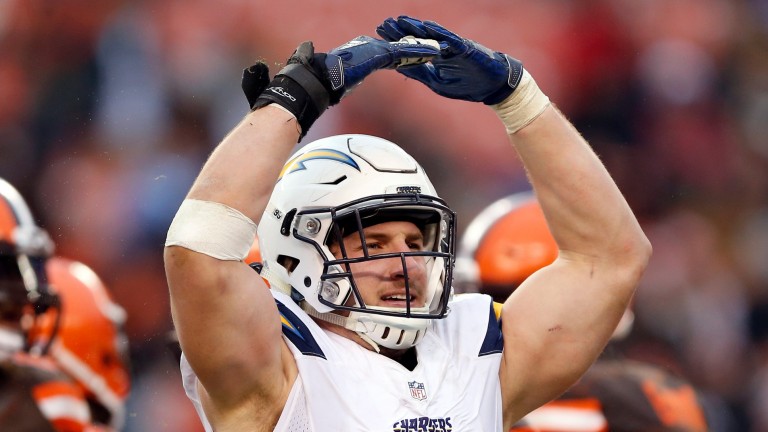 The Chargers start a new era in Los Angeles against a familiar foes Denver after their move from San Diego and there should be cause for optimism among those associated with the franchise.

They were unlucky to claim just five victories in their final campaign at Qualcomm Stadium as they were hampered by key injuries. But they should be hoping for much better this time, despite playing in one of the game's toughest divisions.

Bad luck has struck again for their divisional opener as receiver Mike Williams, who was drafted seventh overall to provide Philip Rivers with a great outlet, has been ruled out with a back problem.

But they should be confident of a decent performance. Running back Melvin Gordon will be looking to build on a fine sophomore season last year while tight ends at different extremes of the age scale, Antonio Gates and Hunter Henry, should also be heavily involved.

Running back CJ Anderson has had his share of injury problems and neither player is helped much by what looks a weak offensive line.

Chargers defensive end Joey Bosa will be looking for a productive evening and his team have the ability to cover the handicap in receipt of just over a field goal, despite having lost on five of their last six visits to Mile High.

Key stat
The Chargers have covered the handicap in ten of their last 14 away matches.