Chappell may emerge triumphant from congested board 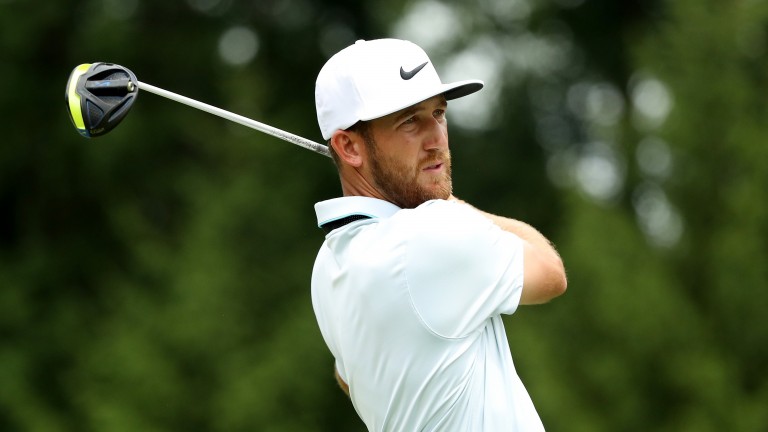 Three players are tied atop the leaderboard going into the final round of the St Jude Classic and all were 66-1 or bigger at the start of the tournament.

Rafael Cabrera-Bello was that price before a ball was struck, while Stewart Cink was 80-1 and Ben Crane was easy to back at 250-1. The Spaniard and the American pair have all reached nine under par through 54 holes at TPC Southwind, Memphis.

Cabrera-Bello, who made his Ryder Cup debut for Europe last year, is considered the most likely to the leaders to retain his position all the way to the finishing line. RCB is a general 4-1 favourite, with Cink at 11-2 and Crane 8-1.

There are 31 players within five shots of the lead, so a thrilling final round seems in store. Ante-post 8-1 favourite, Rickie Fowler, missed the cut, but Brooks Koepka, Adam Scott and Phil Mickelson are lurking just off the pace and looking to set an early clubhouse mark.

Anyone four under par or better can still be considered a serious runner in the St Jude Classic with 18 holes to go. It would be a surprise should any of the leading trio kick clear in the final round.

Rafael Cabrera-Bello has never won on American soil, and on the European Tour the brittle Spaniard has built a reputation for being a regular final-round flop. This may prove too much mentally for RCB, while technically Stewart Cink and Ben Crane may struggle.

Cink is coming out the other side of swing changes and has been stringing together some solid results on the US Tour, but he still looks too fragile to trust for St Jude glory. Cink is winless since the 2009 Open and both his swing and putting stroke appear too fragile for him to get the job done on a tight leaderboard at a tough course.

Crane is the biggest price of the leading trio but arguably the most likely to hang around at the summit. The 41-year-old plodder is an unashamedly conservative, cautious golfer, and it is a strategy that can work at TPC Southwind. Expect Crane to finish in a place, but get outgunned for the number-one spot by more dynamic, powerful operators.

Luke List is a US Tour maiden, while Chad Campbell has not won since the 2007 Viking Classic, so there is definitely scope for all of the front five to tread water in round four. Those further behind represent the best outright value.

Kevin Chappell (12-1), Daniel Berger (18-1), Kyle Stanley (50-1), Phil Mickelson (28-1) and Charl Schwartzel (40-1) are probably the names for punters to concentrate on. All five are close enough and good enough to emerge triumphant from this leaderboard after 72 holes or more. Adam Scott (66-1) and Brooks Koepka (70-1) can be expected to finish strongly, too, but both have a five-shot deficit to overcome.

Punting tactics at this stage have to be down to personal preference. Chappell, Berger, Stanley, Mickelson and Schwartzel, in that order, look the best bets. How many darts should be thrown, though, for this wide-open shootout?

Chappell, two shots behind and 12-1, with each-way terms of a quarter the first three, is arguably the most solid investment. He made his US Tour breakthrough in fine style in April and is more confident than ever at the age of 30. Southwind has dried out and is playing firm and fast, so one of the best ball-strikers, like Chappell, should prevail.

Final-round twoball punters are pointed towards Chez Reavie, an accurate sort who should be favourite against Matt Jones in the 6.15pm (UK and Ireland) match, and Stanley, who is oozing long-game control at the moment. Stanley should leave Fabian Gomez in his wake (5.45pm).

Scott endured more putting anguish in round three, but the Australian can be happy with the way his game is trending for the US Open. Hills are not showing the former world number one enough respect with their 8-13 quote about him outclassing Steve Wheatcroft in round four (4.48pm).