Canaries to be crowned champions with win over Watford 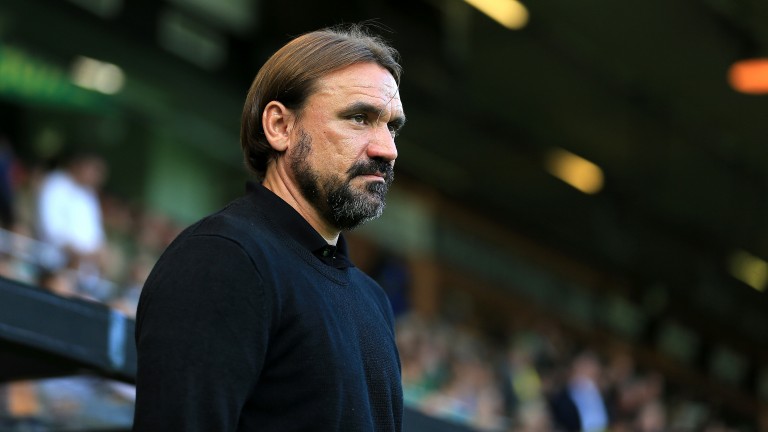 Free football tips, best bets and analysis for Norwich v Watford and Brentford v Reading in the Championship on Tuesday.

Norwich secured an immediate return to the Premier League on Saturday despite later suffering a 3-1 home defeat to Bournemouth, and they can ensure they go up as champions by beating their nearest pursuers Watford at Carrow Road.

That was a first defeat in 13 for the Canaries, but the complexion of the match changed when full-back Dimitris Giannoulis was dismissed on 17 minutes when Daniel Farke’s highflyers were a goal to the good.

Watford also endured defeat on Saturday as they limped to 1-0 loss at local rivals Luton, where they failed to register a shot on target.

Despite trailing leaders Norwich by eight points, The Hornets have won only seven of their 21 away games this season, netting just 18 of their 59 league goals on their travels.

Norwich have recorded home wins to nil over playoff-contenders Swansea and Brentford this season and look good value to wrap up the title with three precious points against the Hornets.

A series of draws have derailed Brentford’s automatic promotion bid and they may have to settle for another point when they host a much-improved Cardiff outfit.

The Bees have shared the spoils in five of their last six Championship clashes and only draw specialists Millwall (17) have played out more stalemates this season than their total of 14 from 41 games.

Brentford’s last three home fixtures have ended all-square and the trend may continue against Cardiff, who have become far more resilient since the January appointment of Mick McCarthy.

The Bluebirds have suffered just three defeats in 18 league games under McCarthy’s care, losing only once in ten road outings.

Seven of McCarthy’s fixtures in charge have finished level and following on from back-to-back draws with Blackburn and Reading, Cardiff are taken to restrict the Bees to another point.