Hosts PSG are under even more pressure to perform 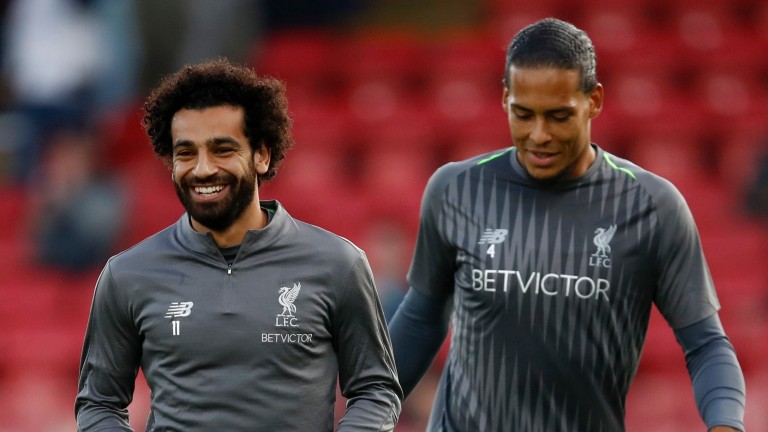 Liverpool need four more points to guarantee a place in the Champions League knockout stages and can get at least one of them against Paris St-Germain at the Parc des Princes.

Group C is fascinatingly poised with two points covering the four teams, although Liverpool could qualify with a game to spare if they are victorious in Paris and Red Star Belgrade fail to triumph away to Napoli.

However, the main thing on Liverpool minds should be the importance of avoiding a damaging defeat which would leave them out of the top two and put them under huge pressure for the matchday six clash at home to Napoli.

PSG are in an even stickier situation, needing to beat Liverpool to climb into the top two, but they have received a couple of massive boosts with star attackers Kylian Mbappe and Neymar returning to full training in the nick of time.

It gives Thomas Tuchel the luxury of being able to select all of his first-choice attacking quartet of Mbappe, Neymar, Angel Di Maria, and Edinson Cavani.

Any coach should appreciate such an embarrassment of riches but Tuchel has found it difficult to mould his galaxy of star players into an effective team and it is telling that all of PSG's 16 victories this season have come against teams nowhere near their level.

PSG have looked too open against high-calibre Champions League opposition and had a mountain to climb after losing 3-2 away to Liverpool and drawing 2-2 at home to Napoli.

Tuchel made a tactical switch for the matchday four trip to Naples, leaving Cavani out of the starting line-up, and it worked to a degree as PSG dug out a precious 1-1 draw which keeps them in the mix.

However, the match against Liverpool looks like a must-win and Tuchel may decide to roll the dice by reverting to the four-man attack and hope that everything clicks.

Liverpool are going to have to defend well but their back four have looked much more solid since the acquisition of Virgil Van Dijk and it should be well protected with industrious midfielder James Milner expected to come back into the side.

And there is the ever-present danger of Liverpool's front three of Sadio Mane, Roberto Firmino and Mo Salah, who may lack the individual prowess of their opposition attack but function more smoothly and effectively as a unit.

Salah is the pick of the trio and is getting close to his best after a slow start to the season.

The Egyptian was a livewire during Saturday's 3-0 win at Watford and it was his 67th minute goal (his ninth of the campaign) which set the Reds on their way to an important three points.

Liverpool's front three were more effective after Watford came out of their shell and their danger to PSG will only increase if the Parisians fail to establish an early lead.

It is PSG's last chance of four to beat high-class opponents during the group stage.

Despite previous failures they are favourites to prevail but it seems more likely that Liverpool will leave with at least point in their pocket.

Team news
Paris St-Germain
Neymar (muscle strain) and Kylian Mbappe (shoulder) are in full training and expected to play. Dani Alves (knee) came off the bench at the weekend and Layvin Kurzawa (back) was an unused substitute.

Liverpool
Alex Oxlade-Chamberlain (knee) is out long-term and Adam Lallana missed the 3-0 win at Watford with a minor injury.