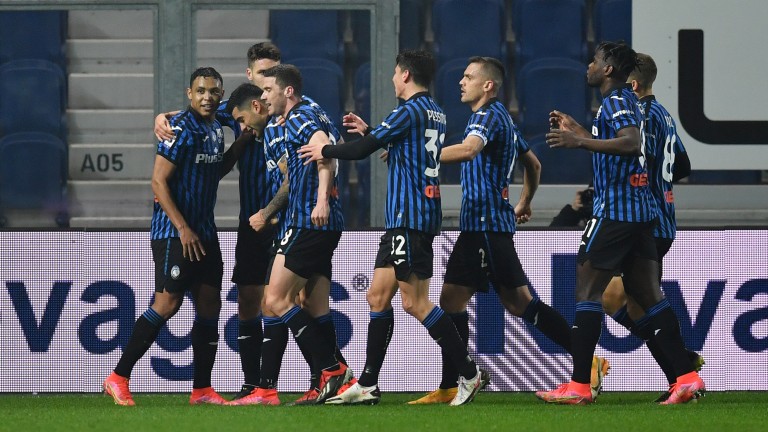 Atalanta could be celebrating a Champions League first-leg victory over Real Madrid
Valerio Pennicino
1 of 1
By Liam Flin 1:55PM, FEB 23 2021

Atalanta
Hans Hateboer is sidelined for the hosts.

Real Madrid have done well to stay in the title race in La Liga in the last month but punters should not assume their domestic form will translate to their Champions League last-16 encounter with Atalanta in Bergamo.

Los Blancos have won five of their last six games in La Liga to capitalise on pacesetters Atletico Madrid's recent slump but Serie A outfit Atalanta will represent a step-up in quality from recent opponents Alaves, Huesca and Valladolid.

The Spaniards will also go into the game short on numbers with only 11 senior outfield players included in their squad for the clash in Italy.

Karim Benzema, who has fired 17 goals in all competitions this term, including four in the Champions League, is the most significant absentee.

But Sergio Ramos, Eden Hazard, Marcelo, Dani Carvajal, Fede Valverde, Rodrygo Goes, Alvaro Odriozola and Eder Militao are also missing and a patched-up defence is sure to be exposed by the top-heavy hosts.

Zinedine Zidane's side have had to call on five players from the club's Castilla side to make up the numbers in their squad and merely avoiding a heavy defeat in this match could be viewed as a victory for Los Blancos.

But Atalanta are unlikely to show any mercy.

The Italians emerged as runners-up in a tough Group D this season, finishing behind reigning Premier League champions Liverpool but above Ajax and Midtjylland.

They showed during the group phase that they can mix it with the big guns, beating Liverpool 2-0 at Anfield when the Merseyside venue seemed impenetrable, and La Dea are a team full of goals.

Colombian duo Luis Muriel and Duvan Zapata have struck 30 goals between them across all competitions this season while German international Robin Gosens can also be a danger and has eight strikes to his name.

The Bergamo outfit generally play only one way under Gian Piero Gasperini and their focus on attack has seen them blow apart Roma, Milan, Lazio and, most recently, Napoli in domestic competitions this campaign.

Real Madrid have stabilised in La Liga this season but their Champions League group-stage campaign was by no means plain sailing.

Zidane's men took only a point from their first two matches, losing home and away to Shakhtar Donetsk, and although their defence has tightened up since then, they are still over-reliant on the unavailable Benzema in attack.

They could therefore not be blamed for sitting back but Atalanta have the tools in midfield to pry open most defences across the continent.

The Serie A side will sniff blood at the Stadio Atleti Azzurri d'Italia and if recent performances are anything to go by, they will not hold back, so back them to come out on top.

Atalanta have lost only one of their previous 20 matches in all competitions.

FIRST PUBLISHED 1:55PM, FEB 23 2021
Real Madrid have stabilised in La Liga this season but their Champions League group-stage campaign was by no means plain sailing