United can seal passage to knockout stage with little fuss

Basel set to be brushed aside 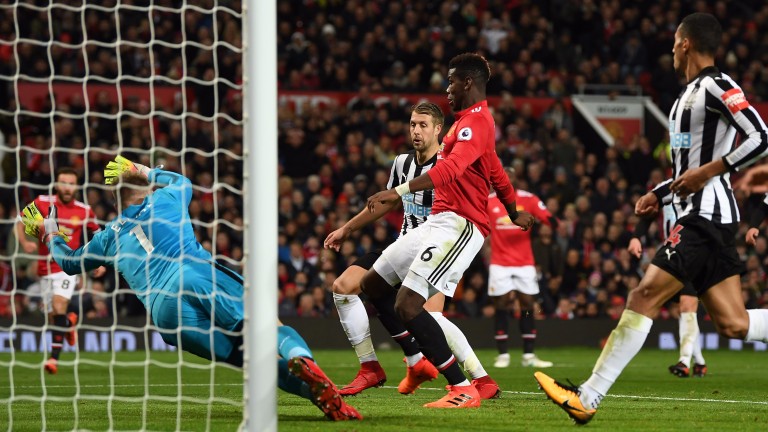 Manchester United have been in cruise control in Champions League Group A and can wrap up top spot by defeating Basel at St Jakob-Park.

Despite maintaining a 100 per cent record the Red Devils still need another point to rubber-stamp their passage to the last 16.

But they travel to Switzerland in excellent shape after celebrating the return of Paul Pogba and Zlatan Ibrahimovic during Saturday's 4-1 victory at home to Newcastle.

With Pogba and Ibrahimovic back on board and Marcos Rojo close to returning from a long-term knee injury (he was on the bench at the weekend), United's squad looks stronger than at any stage of the season.

They look well equipped to compete in multiple competitions, although winning the Premier League is going to be tough if Manchester City continue to set such high standards.

City are one of several top-class teams competing with United for Champions League glory but Jose Mourinho famously won the competition with Porto in 2004 and his Red Devils side are sixth-favourites to lift the trophy this term.

Basel's aims are nowhere near as lofty.

Their best performances in the Champions League were runs to the last 16 in 2002-03, 2011-12 and 2014-15 and they are in with a good chance of matching those achievements, despite a damaging
2-1 loss at home to CSKA Moscow on matchday four.

Basel have the same points tally as CSKA but are ahead of them due to a better head-to-head record (they won 2-0 in Moscow on matchday three).

Both have to play United and basement boys Benfica in the remaining games and Basel will hold on to second place if they better or match CSKA's points take.

Basel's defence of the Swiss title is under threat from leaders Young Boys, who are seven points above them in the table.

Dutch striker Ricky van Wolfswinkel is their top scorer with eight goals in all competitions but hasn't featured for almost two months after suffering a metatarsal injury in late September.

Without Van Wolfswinkel their main threats come from Norwegian forward Mohamed Elyounoussi – scorer of a hat-trick in his country's 8-0 success away to San Marino last month - and Swiss under-21 attacker Dmitri Oberlin, who has netted three of their eight Champions League goals this season.

However, there is nothing to strike fear into the hearts of the opposition and Basel are weaker than usual in midfield with Albanian international Taulant Xhaka suspended.

There is an obvious gap in class between the two squads and the only concern with backing United might be a fear that they could hold something back for Saturday's match at home to Brighton.

However, Mourinho has a deep enough, talented enough squad to manage the workload and is highly likely to lead his side to a fifth successive Champions League victory.

Manchester United
Phil Jones and Michael Carrick (calf) are injured but Marcos Rojo (knee) is back in contention.

Key stat
United have won 14 of their last 18 matches.