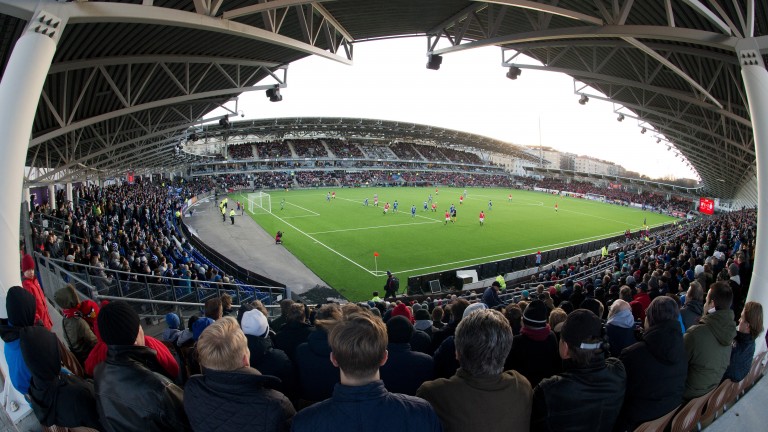 Red Star Belgrade are in a dominant position after winning 2-0 at home to HJK Helsinki in the first leg of their Champions League qualifying-round tie and can finish the job with a victory in the Finnish capital.

Last Wednesday's clash was totally one-sided with Red Star winning the shot count 17 to one, although the hosts had to wait until Boris Pavkov's 90th-minute strike to double their advantage.

It leaves HJK in a tricky position, knowing they must take risks to get back into the tie.

Historically, HJK are the most successful Finnish side but they are fifth in the 2019 standings – five points behind leaders Ilves, who have played two games fewer.

They were knocked out at the second qualifying-round stage of last season's Champions League, losing 2-1 on aggregate to Bate Borisov, and bowed out of the Europa League with a 7-1 aggregate loss to Olimpija Ljubjana.

This season they started with a 5-2 aggregate success over Faroe Islands champions HB Torshavn but that did little to prepare them for this much tougher assignment against Red Star.

Progress to the group stage will be the aim for Red Star, who had a taste of the big time last season when drawn alongside Paris St-Germain, Liverpool and Napoli in Group C.

They finished bottom of the section, which was arguably the toughest of the lot, but had their moments – winning 2-0 at home to Liverpool and drawing 0-0 at home to Napoli.

The key elements of last season's squad are still in place and they should make their extra quality count for a second time against HJK.

Rosenborg have ground to make up after a 2-1 defeat away to Bate Borisov last Wednesday but they can turn the tie around with a victory in Trondheim.

A single-goal lead looks a slender advantage for Bate, who were on the back foot for the majority of the opening leg, losing the shot count 17 to six.

Rosenborg should have taken great heart from their performance and just need to show a more clinical touch in front of goal.

The Norwegians have won five of their last six home fixtures and look decent value to make it six from seven.

Maribor are another side with a 2-1 lead to protect as they head to Stockholm to face AIK in the second leg of their qualifier.

It is a finely balanced tie but the Slovenians were dominant on home soil – registering 21 shots to three – and should be strong enough to maintain or perhaps extend their advantage.

AIK would expect to be stronger at home but they have not reached the Champions League group stage since 1999 and are likely to fall short again.

They contested the Champions League group stage in 2014 and 2017 and can finish the job against AIK – taking them to within two steps of the last 32.

FIRST PUBLISHED 4:52PM, JUL 30 2019
Progress to the group stage will be the aim for Red Star, who had a taste of the big time last season