Struggling Citizens could edge an open contest in Zagreb 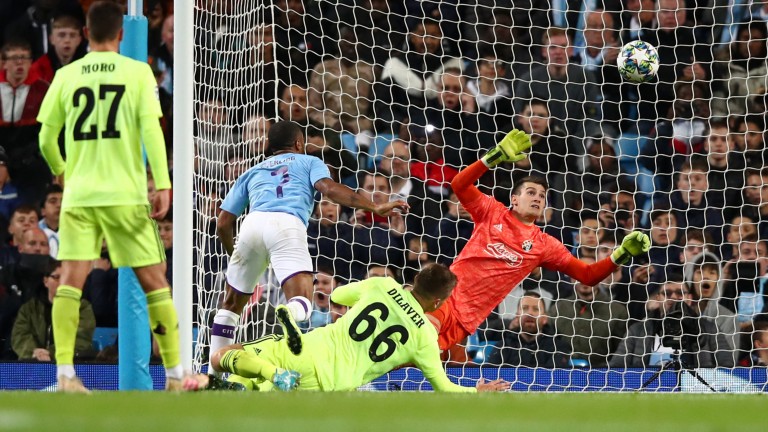 Manchester City
John Stones (thigh) and David Silva (unspecified injury) missed training on Tuesday and have not travelled to Croatia. Fernandinho is suspended and Sergio Aguero (thigh) misses out but Olexander Zinchenko (knee) is back in contention.

Saturday's derby defeat to Manchester United has left Manchester City 14 points behind Premier League leaders Liverpool but the Citizens have had no such problems in Group C of the Champions League.

Usually this kind of dead rubber would offer a chance for the City coach to shuffle his pack and rest some star players with the busy festive period in mind.

However, City fans won't want their team to saunter through their final game of the group stage and Guardiola will demand a positive response to the home defeat against United.

Saturday's result made it just two wins in seven games for City – a shocking run by their high standards – and that sequence includes Champions League draws away to Atalanta and at home to Shakhtar.

A draw wouldn't be enough for Dinamo, one point behind Shakhtar and one ahead of Atalanta after five games, so the hosts must be positive if they are to make the last 16.

They reached that stage of last season's Europa League, losing 3-1 on aggregate to Benfica after extra-time, and have enjoyed this term's foray into Europe, beating Atalanta 4-0 and sharing 3-3 and 2-2 draws with Shakhtar.

That represents a significant improvement on their last Champions League group campaign in 2016-17 when they lost all six games against Lyon, Juventus and Sevilla without scoring a goal.

Dinamo failed to notch in October's 2-0 defeat away to City but they have scored seven times in two home games in Group C and should be encouraged by their visitors' leaky defence.

City are without a clean sheet since a 3-0 home win over Aston Villa on October 26 and all ten of their subsequent games have rewarded backers of both teams to score.

Their Croatian hosts have a formidable record on their own turf, winning ten and drawing three of their league and Champions League matches this season.

Dinamo have kept nine clean sheets in those 13 games but this contest is likely to be more open given their need for the three points. Pushing forward in pursuit of victory against City is always a dangerous ploy as Pep's side, for all their troubles at the back, remain a scintillating attacking unit.

Manchester City haven't kept a clean sheet in any of their last ten matches in all competitions.