Allegri is spoiled for choice 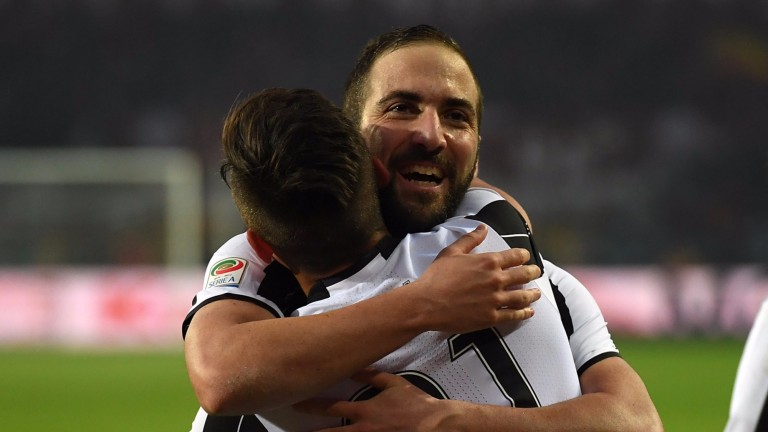 Champions Juventus would be top of Serie A once more but for a pair of missed penalties and they can stay tucked into Napoli’s slipstream by winning at the San Siro.

Juve have won eight of their last nine top-flight showdowns with their great rivals and look to be taking on the Rossoneri at a good time.

Milan boss Vincenzo Montella is under enormous pressure as his side have failed to mount a title challenge.

They snapped a three-game winless streak with an impressive 4-1 win at Chievo on Wednesday but skipper Leonardo Bonucci misses out on an emotional clash with the club he left in the summer because of suspension, while at the other end Montella still can’t get the best out of Fabio Borini or Andre Silva.

In Bonucci’s absence it is expected that Christian Zapata will join Alessio Romagnoli and Mateo Musacchio in Milan’s back three and they should be kept busy.

Goals have been plentiful in Juventus’ games. They are the division’s top scorers with 31 while Paulo Dybala has bagged 11 and is in superb form.

The Argentinian frontman just hopes that by the end of the season he will be remembered for all the goals he has scored rather than the two late spot-kicks he has missed, against Atalanta and Lazio, which cost his team three points.

Those matches – a 2-2 draw against Atalanta and a 2-1 loss against Lazio – are the only blemishes in an otherwise perfect domestic campaign.

Juventus thrashed Spal 4-1 on Wednesday and boss Massimiliano Allegri is spoiled for choice with Mario Mandzukic back from a ban.