Veenstra and Unterbuchner set for a ding-dong battle 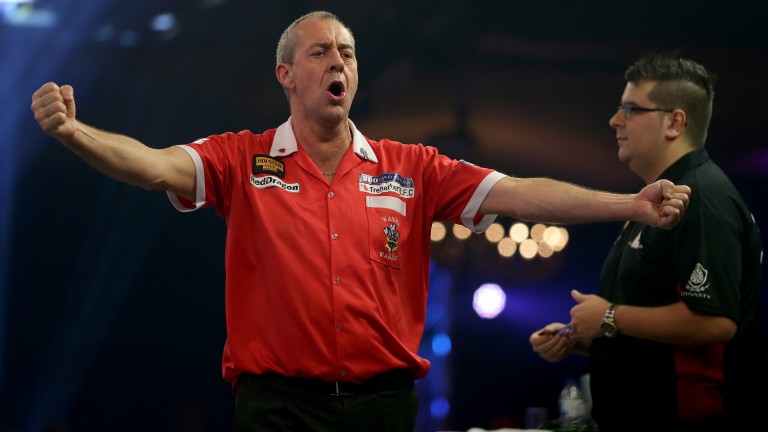 R Veenstra v M Unterbuchner 7.30pm
When Richard Veenstra and Michy Unterbuchner met in the group phase of the Finder Masters last month the match went the distance and it would be no surprise if the same thing happens again on the Lakeside stage.

Veenstra is the clear favourite to end the young German’s dramatic run to the last eight of the BDO World Championships.

But if Veenstra does dot up don’t expect it to be a canter. This quarter-final could well go to eight sets and maybe even all the way.

But the debutant’s averages have yet to hit 90, which Veenstra has cleared both times he has played. His 4-0 demolition of Geert de Vos – the Belgian won just three legs, two with ton-plus checkouts – was about as clinical as it gets.

Over the longer distance Veenstra has an edge having reached the Lakeside semi-finals two years ago.

M McGeeney v W Warren 9.30pm
There has been little to separate this year's Lakeside competitors, with many fancied runners losing out, and it looks worth backing Wayne Warren to at least keep things close when he takes on Mark McGeeney.

McGeeney is the second seed after some impressive performances last year, most notably reaching the final of the World Masters, but this is a different test altogether and the Gladiator hasn't always produced his best on the Frimley Green stage.

Wins over Martin Adams and Danny Noppert suggest McGeeney has handled the occasion better this year, but it's a different dynamic in the quarter-finals given the Gladiator is well fancied to reach the last four.

The lack of expectation could allow Warren to relax and if he can produce anything like the 95 average he managed against Wesley Harms in the first round he should be up to staying within two sets in this best-of-nine contest.