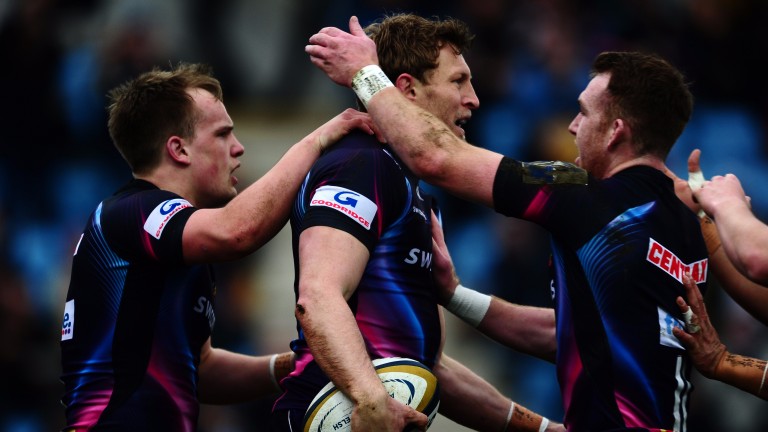 Leicester have got their season up and running with back-to-back wins but champions Exeter look worth backing with a two-point handicap start in the televised Premiership clash at Welford Road.

The Chiefs ran out 34-15 victors in the Tigers’ lair in March and while they lost their campaign-opener 28-21 at West Country rivals Gloucester, they were in control for much of the match at Kingsholm and have been extremely impressive since with three try-bonus point successes.

The first two wins were strolls against basement boys Worcester and London Irish but on Sunday, they showed May’s extra-time Grand Final win over Wasps was no fluke by stretching clear in a high-quality encounter.

Leicester’s forwards were much more punchy at the set-piece and breakdown in their wins over Gloucester and Quins than in defeats to Bath and Northampton. But Exeter head coach Rob Baxter has refreshed his pack and they are a disciplined and dynamic unit.

Last weekend, Munster were mauled 37-10 in Glasgow and Cardiff sneaked a 17-15 victory in Galway but bookmakers appear right to see nothing but a cosy home win at Thomond Park.

Summer British & Irish Lions Peter O’Mahony, CJ Stander and Conor Murray return to the Red Army ranks and Munster have had little trouble dispatching Treviso and Cheetahs at home and were worthy winners over Ospreys at the Liberty Stadium.

The Blues were thumped 37-9 in Dublin three weeks ago.

The other Pro14 matches are also televised and Luke Marshall can score a try in Parma for Ulster (BBC2 NI, 2.35pm).

Marshall scored five tries in 16 league outings last season and while Zebre won at the Kings last Saturday, their tries-against total stands at 23.