Champion Alvaro Quiros set to get on another Rocco roll 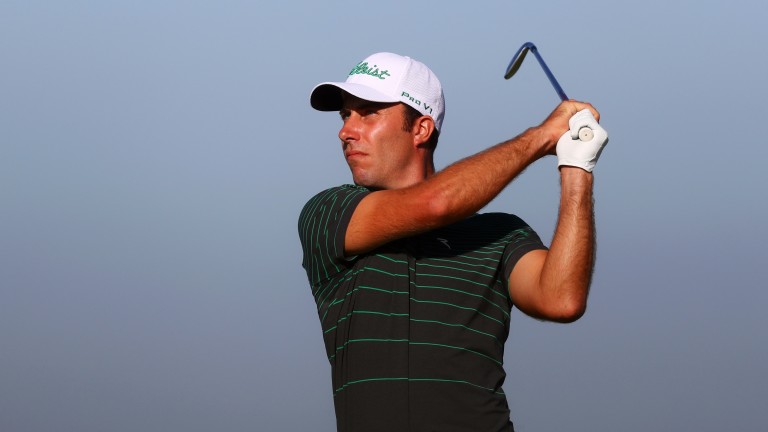 Andy Sullivan is favourite for the Rocco Forte Open, a low-key European Tour gathering in sunny Sicily, but only his biggest fans will be getting involved at just 14-1.

Sullivan is winless since October 2015, and ranked 141st in the world. Family upheaval in the summer of 2016 was followed by failure to score a point on his Ryder Cup debut, then long spells of mediocrity. He missed the cut by six shots on his only previous visit to Verdura.

The defending champion is the most attractive option for the Rocco Forte Open. Alvaro Quiros has been getting his swagger back and could easily retain his title in Sicily.

Quiros was in terrible nick before and after last year's Rocco Forte, missing a string of cuts, but he fell in love with Verdura Golf Club and opened up with rounds of 63 and 64. The dashing Spaniard clung on from there, beating Zander Lombard in a playoff, claiming his seventh European Tour title and his first since 2011.

The victory looked like something of a false dawn, but from the Qatar Masters onwards Quiros has been swinging nicely, confidence returning to the man who finished 2011 ranked 22nd in the world. His coach has been purring about the practice form of his charge, who followed 19th spot in Qatar with a missed cut on the mark in the Spanish Open before a runner-up effort in the Hassan Trophy.

Quiros finished just a shot behind Alexander Levy in the Hassan, making nothing worse than a bogey all week, a fantastic performance on a tough track where eight under par was the winning total. Quiros was ninth for driving accuracy and third for greens in regulation.

In the China Open on his only subsequent outing, Quiros did not swing the club as well over the first three days and made two double bogeys and a triple, but he closed with a flawless 68 for 45th place and ended the week fourth in the putting stats. There are definite grounds for optimism and the power-packed 35-year-old could put it all together in Sicily on a layout which plays to his strengths.

The best home hope is arguably Nino Bertasio, who finished tenth in the Italian Open last year and appears to be developing into a potential European Tour champion with his 30th birthday looming. He enjoys performing in his homeland, where he won numerous titles as an amateur and the 2014 Asiago Open on the Alps Tour.

There has been a lot to like about his recent efforts, including four under-par rounds in the Spanish Open and a first-round 65 in China last time out. He arrived in dismal form for the inaugural Rocco Forte Open last year, opening with a 74, but only three players bettered his second-round 64, which left him one shot shy of the cut-line.

Bertasio is not quite in the Quiros class when it comes to driving distance, but he is certainly no slouch in that department and can attack his way to a competitive 72-hole total.

Not many in this field can draw upon positive course experience, but Jason Scrivener finished fifth in the only previous Rocco Forte Open. The Perth man is supremely comfortable in a breeze, so does not fear seaside layouts like this. He made his Oz Tour breakthrough in November and can threaten a maiden European Tour title.

Scrivener's excellent performance 12 months ago was sandwiched between a pair of missed cuts, but he has arrived in better fettle this time, having just shared 20th place in the China Open. A tie for 14th spot in the 2015 Italian Open is also a noteworthy effort in the country given it came when he was a European Tour rookie.

Another maiden, Joakim Lagergren, is also worthy of support. The Swede relishes breezy conditions, underlined by a Challenge Tour victory in Northern Ireland and two fourth-place finishes in the Dunhill Links in Scotland, and this week's seaside layout looks right up his street.

Others to note
Thorbjorn Olesen
The Dane won the 2012 Sicilian Open on a slightly different Verdura layout. The four-time European Tour champ must be respected in this low grade, but is a skinny price.

Lucas Bjerregaard
Another Danish dangerman. Olesen's GolfSixes teammate hit top gear over the weekend of the China Open and should enjoy the dimensions of the track on his Rocco debut.

Sam Horsfield
The powerful Englishman could easily take a shine to the shape of Verdura Golf Club. He is bristling with potential.

Bradley Neil
Another rising star who should enjoy the layout. The Scottish youngster, the 2014 Amateur champion, is comfortable in the wind and blessed with plenty of power.

Sebastien Gros
The French slugger was in great form until messing up in Morocco, missing the Hassan Trophy cut by 13 shots.He could be worth chancing at a venue he may enjoy.

Jordan Zunic
The Aussie raider looks a potential world-beater, but is yet to qualify for a major tour. He could use this as a stepping stone to bigger things.

Where to watch Live on Sky Sports Mix from 1.30pm Thursday

Course overview The Verdura Resort hosted the 2012 Sicilian Open, a European Tour event won by Thorbjorn Olesen, but a different rotation of holes are used for the Rocco Forte Open. There are two 18-hole championship courses at this venue, both designed by Kyle Phillips and opened in 2009.

A composite course combining nine holes from each track (the East and the West) is in play for the Rocco, some of which were used for the Sicilian Open. Much of the layout runs alongside the Mediterranean Sea and water is in play on nine holes.

The fairways are flat and exposed, while the greens are large and firm. There are only three par-fives (the second, ninth and 12th). Five of the par-fours are more than 470 yards long, but all the par-threes are 186 yards or shorter

Weather forecast Sunny and breezy for the most part, with some light showers possible on Thursday afternoon

Type of player suited to challenge Two wayward bombers contested a playoff last year and it is clearly possible to get away with the odd loose drive at this open, typically windswept, low-scoring venue. Opt for strong wind players who are accurate on approach and possess a sharp short game