Featherstone could keep it close 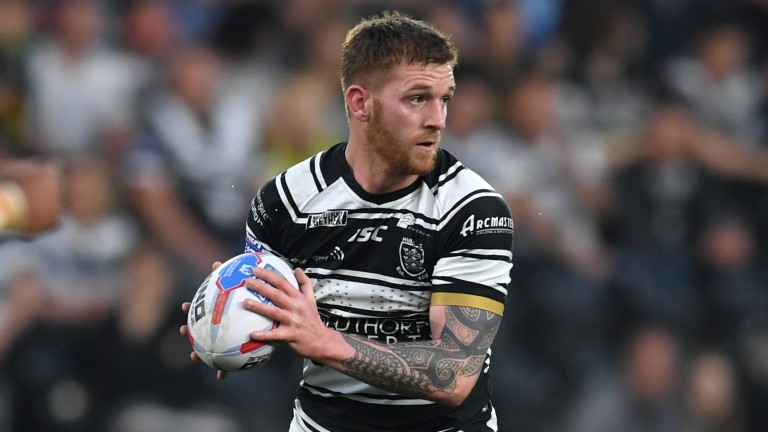 It’s 35 years since Featherstone produced one of the biggest shocks in Ladbrokes Challenge Cup history by beating Hull in the epic 1983 Wembley final and Rovers are 6-1 to repeat the feat as the teams meet again at Post Office Road.

It’s the first time holders Hull have been paired with opposition from outside the top flight since 2013. They’ve won the trophy the hard way in the last two seasons by beating Wigan, Leeds, Castleford, Warrington, St Helens and Catalans.

Lee Radford’s side are 1-7 to win their ninth consecutive tie in the competition and are asked to concede a handicap in the high teens by most bookmakers.

Given the Airlie Birds' injury problems that may not be a formality. Two-time Lance Todd Trophy winner Marc Sneyd is sidelined with a knee injury and is joined on the casualty list by Albert Kelly, Jordan Abdull and Scott Taylor.

Featherstone coach John Duffy has had to shuffle his side with loan players Mitch Clark, Jordan Lilley, Mikolaj Oledzki, Jansin Turgut and Harry Newman all unavailable.

Last year Fev were blown away 58-0 at Leeds but they famously defeated Castleford at home in 2012 before losing 32-16 to Wigan in the following round.

Rovers currently sit third in the Championship and table-topping Toronto Wolfpack are the only side to beat them on their own patch this year. They look capable of at least rattling Hull’s cage and may reward support with a 20-point buffer with Sky Bet.

Briscoe scored for the 16th straight match against Toulouse last time out and is 7-4 with Hills to enter the record books by touching down once again.

Punters betting on the double-result market or other half-related markets should be aware of Post Office Road’s sizeable slope.