Celtic should outgun Aberdeen in pursuit of unbeaten season

Bhoys are yet to taste defeat 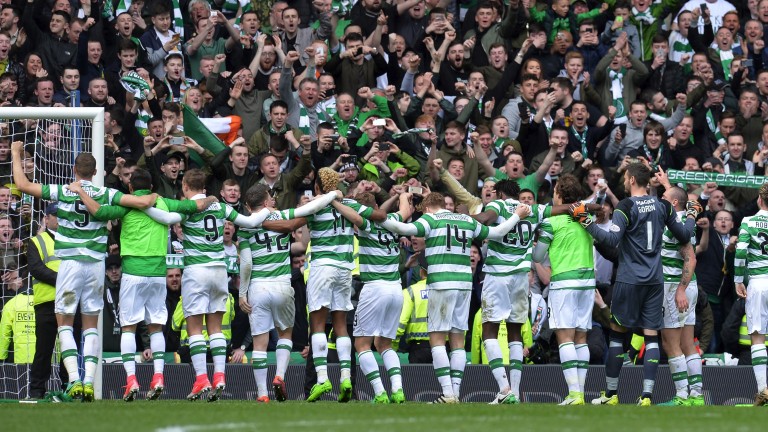 Celtic have three games left to become Invincibles in the Ladbrokes Premiership and they should be able to win at closest challengers Aberdeen.

The Pittodrie clash could be viewed as a dress rehearsal for the teams’ William Hill Scottish Cup final a fortnight tomorrow, but it’s likely that both sides could field weakened teams in this game.

Aberdeen manager Derek McInnes would love to become the first manager in Scotland to defeat his Bhoys counterpart Brendan Rodgers, but he’s likely to look at the bigger picture with second place all but secure.

And although Celtic have fielded some young players recently – Michael Johnston, for example – it has not stopped them from continuing on their merry way with plenty of goals scored.

Celtic
Skipper Scott Brown is suspended. Moussa Dembele is out.

Key stat
Celtic have averaged three goals a game in their last five matches since clinching the title.