Caixinha set for baptism of fire 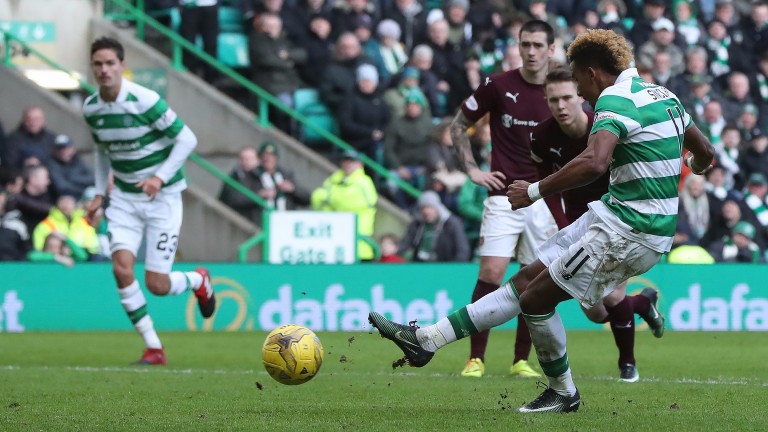 Celtic's Scott Sinclair has made a huge impact since arriving in Scotland
Ian MacNicol
1 of 1
By Mark Walker 6:21PM, MAR 11 2017

Celtic will be up against new management as incoming Rangers boss Pedro Caixinha takes a watching brief from up in the Parkhead stand at his new squad.

But after what could be another lopsided Old Firm encounter, Caixinha could be forgiven for heading for the first plane back to Qatar.

Rangers have certainly thought outside the box with the appointment of well-travelled Portuguese coach Caixinha, who arrived yesterday from coaching in the Gulf with Al-Gharafa.

He's coached in his homeland, Romania, Greece, Mexico and Qatar, but he won't have seen anything approaching Old Firm madness.

Celtic and Rangers will meet six times this season - this is the fourth game - and it's hard to see anything other than a Hoops clean sweep.

Rangers fans - who will surely be watching this with their hands over their eyes - can hope the players get a new-manager bounce or pray that all-conquering Celtic get complacent.

But realistically, that's their only hope against a side who have won 33 out of 34 domestic games this season and caretaker boss Graeme Murty must know that.

Celtic were given a fright by St Mirren last week in the William Hill Scottish Cup, but it was the way they effortlessly went through the gears after conceding a goal that showed they are still right at it.

Brendan Rodgers will be keen to set down a marker to show Caixinha what he's up against and he certainly has the players to do that.

All eyes will be on Moussa Dembele, who has already netted five times in three games against Rangers this season.

But it could be worth pinning hopes on Scott Sinclair to net. The former Manchester City forward has simply strolled through Scottish football and, although he had a recent dip in form, now looks back to his best.

It's not impossible that Rangers could score but it's equally plausible that a hungry Celtic could run amok, so best to go for the Celtic win and over 2.5 goals, rather than Celtic and both teams to score.

Recommendations
Celtic to win and over 2.5 goals
2pts 20-12 Boylesports
S Sinclair to score at any time
1pt 6-5 Betfred

Rangers will be without suspended duo Rob Kiernan and Joe Garner. Niko Kranjcar and Jordan Rossiter are long term absentees.

Key stat
Celtic have conceded just one goal in their last nine home games, and that came last week against Ladbrokes Championship side St Mirren.