Celtic could grab a much-needed draw at Anderlecht 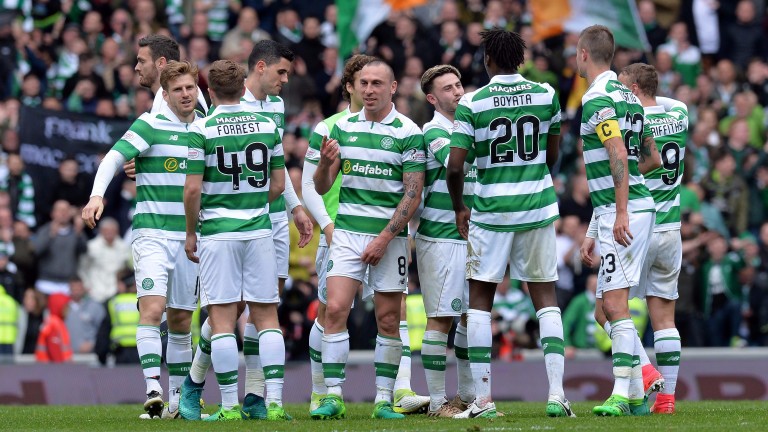 Celtic should be boosted by their win over Rangers
Getty Images
1 of 1
By Steve Davies UPDATED 7:50PM, SEP 26 2017

Look up 'awful' in the dictionary and expect to see a description of Celtic’s effort against Paris Saint Germain, but Brendan Rodgers’ men can shrug off that dismal capitulation by avoiding defeat at Anderlecht in their second Champions League assignment.

It could be said that the Scottish champions’ Europa League bid gets underway in Brussels tonight and there doesn’t look a great deal to choose between the two sides making up the numbers in Group B. The draw looks a fair bet.

Anderlecht are in pole position to finish third having only been drubbed 3-0 in their opener at Bayern Munich. Indeed, that was a creditable effort given they were down to ten men after 11 minutes following Sven Kums’ red card.

But the Belgian champions don’t look much this season, are already on to their second manager and Celtic, notwithstanding their woeful recent record in Europe, can snatch a draw at the Constant Vanden Stock Stadium.

Good enough to get draws at Monchengladbach and Manchester City at this stage of the 2016-17 competition, they clearly aren’t completely clueless as to how to play in Europe and the 5-0 walloping by PSG is probably best filed under 'night to forget'.

Celtic go into battle full of confidence after Saturday’s 2-0 win at Rangers but you almost have to ignore their domestic form on European nights.

Anderlecht backers will also be ignoring their domestic form – they are seventh in the First Division and already nine points adrift of leaders Club Brugge.

The sluggish start cost Rene Weiler his job – he was fired last week – and former Anderlecht favourite Nicolas Frutos is now in charge and got off to a winning start in the league with a 2-1 success at Waasland-Beveren.

They were Europa League quarter-finalists in the spring and shouldn’t be weaker than last season, as the exit of Youri Tielemans partially offset by one or two decent purchases.

Frutos will be praying main goal-getter Lukasz Teodorczyk is fit and they will be more positive than the 5-4-1 set-up they used in Munich to try to stop the Bayern bombardment.

Celtic
Erik Sviatchenko and Eboue Kouassi are back in training but won’t be involved.

Key stat
Celtic have not won any of their last 16 group-stage matches in either the Champions or Europa League.