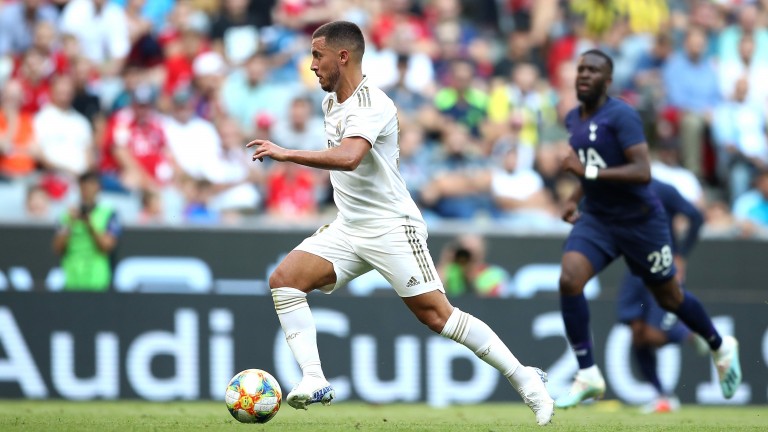 Punters should resist the temptation of considering friendly form when weighing up a wager on Real Madrid's opening La Liga match of the season away to Celta Vigo.

Los Blancos have endured a tumultuous pre-season, losing to Tottenham and Bayern Munich and suffering a 7-3 hammering at the hands of rivals Atletico.

But non-competitive matches are rarely good indicators of a team's chances going into a new season and Madrid can start with a win.

Zinedine Zidane, a three-time Champions League winner during his last managerial spell at the Santiago Bernabeu, has had a whole summer to work with a squad rejuvenated by some terrific additions.

Eden Hazard is the most exciting player the club have had since Cristiano Ronaldo's departure, while Luka Jovic is a prolific young striker and Eder Militao could be an ideal long-term replacement for Sergio Ramos.

Celta Vigo survived relegation by the skin of their teeth last season and their front line is weakened by the departure of 13-goal forward Maxi Gomez to Valencia.

They won only eight matches at home last term and shipped four goals in defeat to the Madrid outfit in the corresponding fixture in 2018-19.

Real Madrid's issues did not arise last season until late September as they started with three successive wins and they can register maximum points by a comprehensive margin this time around.